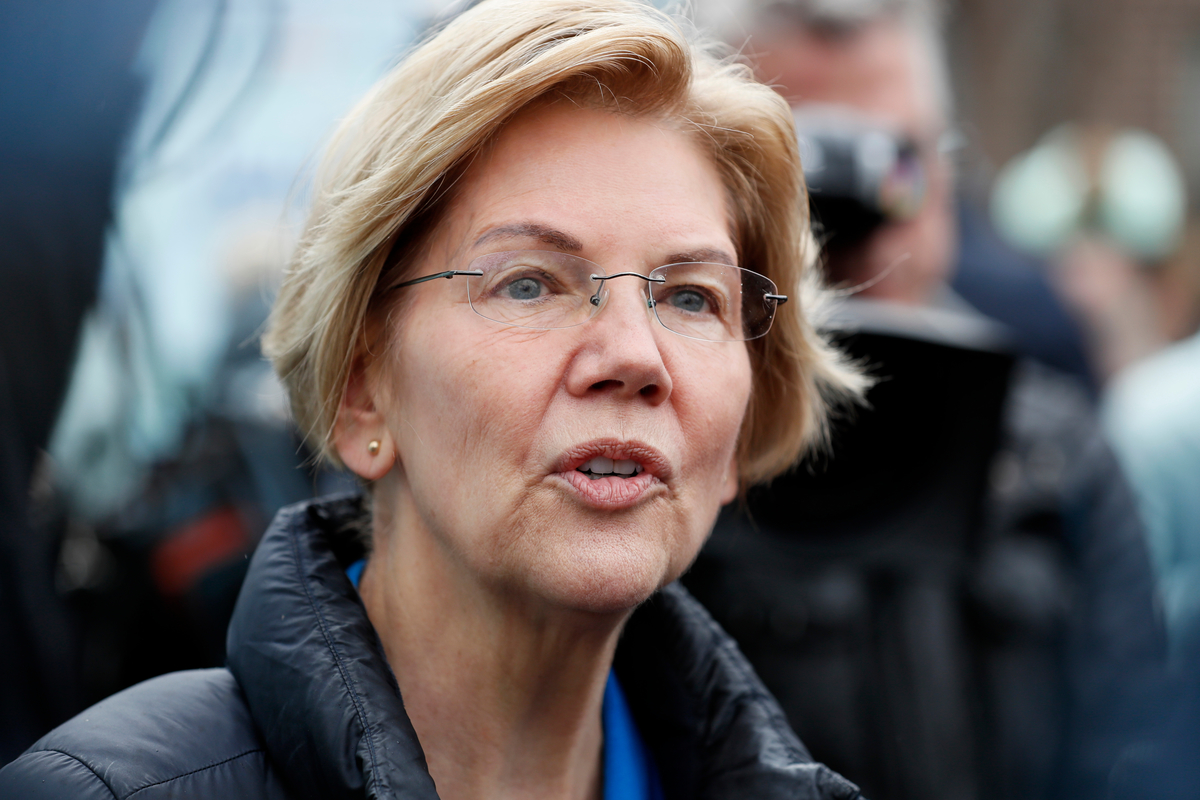 Saturday Night Live loves Elizabeth Warren. The Democratic US Senator from Massachusetts got the SNL treatment once again over the weekend, with the sketch comedy show trotting out Kate McKinnon to impersonate Warren’s introduction of her pricey health care plan.

It’s all in good fun, as you can see from the video of the cold open above from this weekend’s show. But while it might make for light-hearted TV, Wall Street donors see it — and Warren — as anything but. Democratic-leaning donors and hedge fund executives, among others, are reportedly taking the dramatic step of holding back their money instead of supporting the Democrats’ efforts to retake the Republican-controlled Senate next year.

Reports have begun to surface of financiers telling Senate Minority Leader Chuck Schumer they’re sitting tight for now and not steering any donations to Democrats running for the Senate in 2020. Why? Two reasons: The biggest is that they’re hoping to force Schumer to distance Senate Democrats farther away from Warren’s more hot-button positions, such as her attacks on Wall Street and the increased taxes she wants to levy on higher-earners.

But there’s also a longer-term play. If Warren does, in fact, win the White House, the thinking goes that it would be helpful to keep the Democrats from also seizing the Senate so that it serves as a check on a Warren administration’s excesses.

As The New York Times noted on Monday, Warren’s so-called “Medicare for All” plan would be funded by “aggressive” new taxes on billionaires, as well as a new tax on stock trades and investment gains for wealthy households. “They feel, rightly or wrongly, attacked,” one political advisor who requested anonymity told CNBC. “Not just that there will be higher taxes, but that she is running her entire campaign as them being boogeymen. They don’t feel safe going to Trump, they feel disillusioned by Biden and they see this as a tactic to slow her down.”

That notion of Wall Street executives feeling attacked is a result of Warren making no attempt to hide the reality that she and her campaign are, in fact, doing so.

A few months ago, an email landed in the inboxes of employees at the Blackstone private equity firm. The email included a clip from the Julia Roberts movie Pretty Woman — specifically, the scene in which Richard Gere’s investor character explains, per the NYT, that his work is pretty much the same as stealing cars and selling the parts.