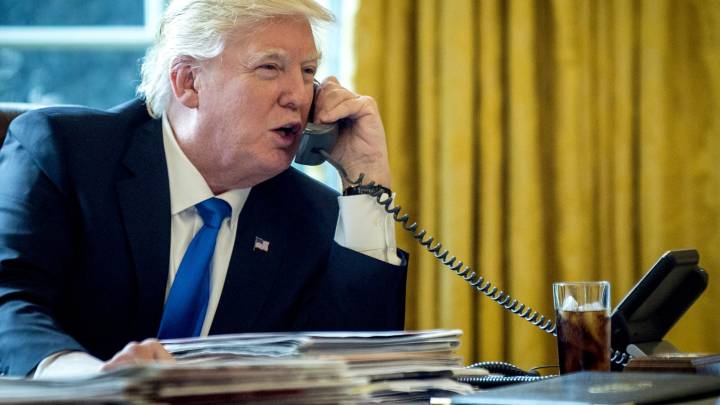 Actually, that’s false. Anyone who’s witnessed one of the early-morning presidential tweetstorms will know exactly what Trump has installed.

For Trump, Twitter is a gateway to the world that can help him express his views to his supporters. But Twitter isn’t exactly helping him during these perilous times. More often than not, his Twitter remarks have hurt his administration, and that’s why people close to him have been trying to limit his screen time. How much does Trump love Twitter? A new report reveals that it’s actually the one and only app installed on his iPhone.

Trump isn’t what you’d call a tech savvy person. His knowledge of “the cyber” is less than flattering. He supposedly doesn’t use computers and has his emails printed out to read. So it shouldn’t be surprising to hear that the only app he uses on the tiny computer you can carry in your pocket is Twitter.

It’s Axios that first reported Trump’s iPhone only has the one app.

Trump only switched to an iPhone a few months ago, after multiple reports revealed that he was using an unsecured Android device to tweet from the White House — a Galaxy S3 that stopped receiving security updates years ago. Axios also says that the key to forcing Trump to be more disciplined is to limit his screen time, and that includes more limited access to watching TV and iPhone.

Apparently, Trump’s staff does everything it can to load up his schedule so that he doesn’t have any time to watch cable news, a habit that often leads to Twitter outbursts. Apparently, the strategy worked well overseas. Trump, meanwhile has apparently been pushing for more free time.