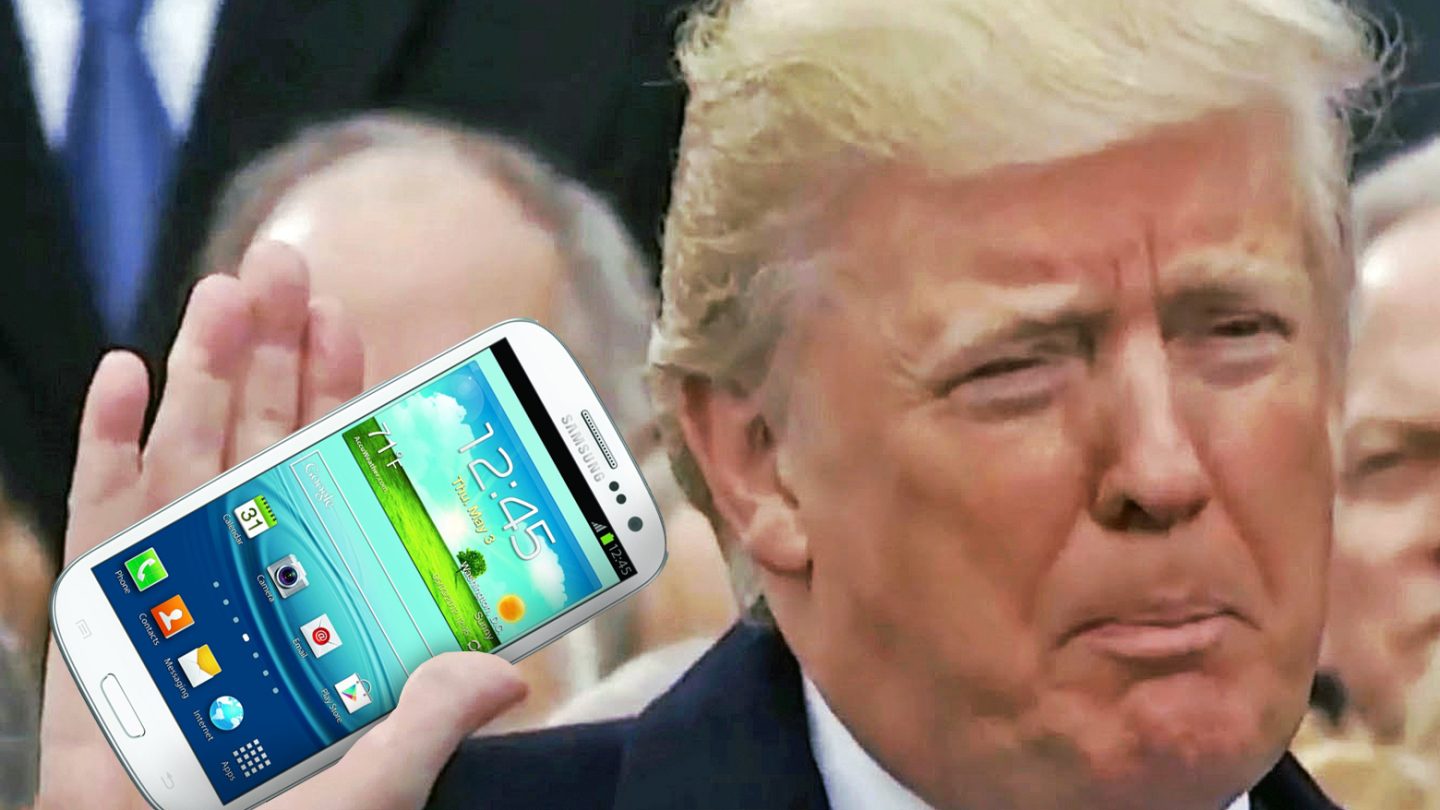 The President of the United States has access to the most secure mobile technology and latest privacy protections on the planet, and for very obvious reasons. Donald Trump, serial Twitter spammer and social media maven, doesn’t seem to care all that much, and it’s clear that he has no intention of actually giving up the Android handset he’s used throughout his campaign and, presumably, for years before that. That’s a major issue.

The problem, of course, is that the older smartphone technology is, the less likely it is to be properly maintained with security updates and patches. If the President is indeed using a Galaxy S3, as has been reported previously — with the New York Times confirming Trump’s go-to device is an “old, unsecured Android phone” — the potential problems are almost too many to list.

If we assume for a moment that Trump’s phone is a off-the-shelf, retail model of the Galaxy S3, the version of Android the phone is running would have been last updated as far back as 2012. The S3 is capable of running Android 4.3 Jelly Bean, with the latest manufacturer update for that OS being 4.3.1, released on October 3rd, 2013. Per Google, Android 4.3 is marked as unsupported and discontinued, meaning no more security updates or patches have been applied for quite some time.

As The Verge accurately points out, a foreign government like Russia, China, or pretty much anyone else, would be capable of breaking into such a device with very little effort. In fact, Android 4.3 was one of many Android devices to fall victim to the “Stagefright” vulnerability, meaning that it might not even take the skills of a state-sponsored hacker to break into Trump’s handset.

Regardless of who might be targeting the president’s device, the fact that he’s still using it is not only a risk to his personal privacy, but also potentially the security of the government as well.