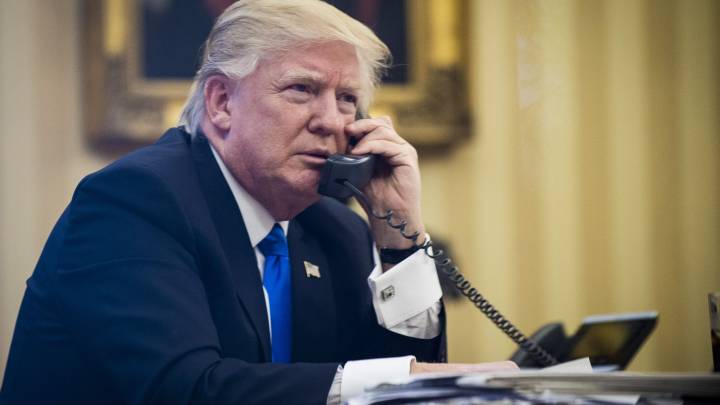 I used to think that we were past the days of the iSheeple and the Crapdroid wars. But based on recent goings-on at 1600 Pennsylvnia Avenue, it looks like unabashed favorism is back in style.

We already knew that President Trump favors an old (and unsecure) Android phone for his tweeting, most likely an old Samsung Galaxy S3 or S4 device. We also knew that he’s not an Apple fan, as he’s previously called for a boycott on Apple products, and he obviously dislikes any American firm producing overseas.

But Trump’s preference for Samsung seems to be growing by the day. Earlier, he chose to tweet a link to an Axios article, which discusses the possibility of Samsung moving a factory to the US.

This is exactly the same kind of story that’s been in the press a lot lately. Electronics companies, including Apple, have all be linked to rumors about moving manufacturing stateside, although the jobs implications of such a move  (and whether it would ever happen) are still up in the air.

Yet, Trump has only chosen to tweet in favor of Samsung. No matter that Foxconn, Apple’s manufacturing partner, has discussed the possibility of a US factory in a bunch of places. Never mind that Apple is one of the America’s most-loved brands, with sizeable R&D investment in the country. No, an electronics company owned by a family-run conglomerate, currently under legal scrutiny, is Trump’s new favorite company.

The Trump tweet had the predictable results: a traffic boost for Axios, a new media company that has already kissed Trump’s ring at an off-the-record cocktail party; and a share bump for Samsung, based on a highly speculative interview.