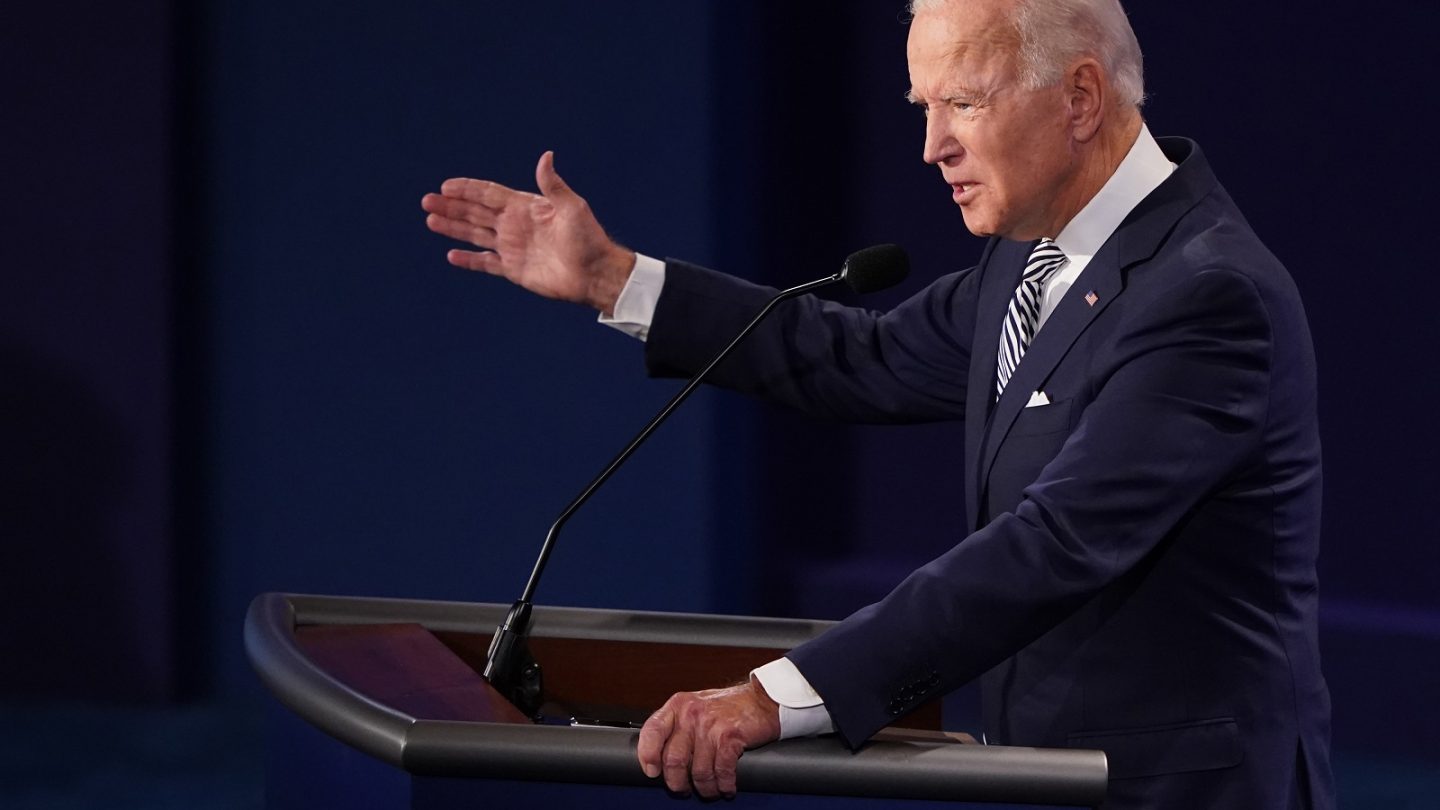 On Monday evening, as Donald Trump was making a spectacle of his return to the White House following his stay at Walter Reed National Military Medical Center, Joe Biden was taking part in a town hall event in Miami, Florida hosted by NBC News. Early in the conversation, moderator Lester Holt addressed the elephant in the room and asked Biden if he was surprised that the president had been infected with COVID-19.

“Quite frankly, I wasn’t surprised,” Biden said. “For the last three months, three times a week, I’m on the telephone and on Zoom with some of the leading immunologists in the nation, and they go through everything that’s happening.” He then added that it isn’t surprising that a group of people who didn’t wear masks, didn’t socially distance, and were gathering in large numbers at the White House event would be putting themselves at risk.

Over the past week, it has become evident that the gathering during which President Trump confirmed Judge Amy Coney Barrett would be his nominee to replace Ruth Bader Ginsburg on the Supreme Court might have turned into a super-spreader event. More than 150 people were in attendance, and several have tested positive, including Melania and Donald Trump, former top aide to the president Kellyanne Conway, former New Jersey Governor Chris Christie, University of Notre Dame President John Jenkins, and Republican Senators Thom Tillis and Mike Lee.

With that in mind, Holt asked Biden if the fact that he was standing feet from the president just last week caused him any major concern for his own welfare. “No, because, look, I’ve been fastidious about the social distancing, I’ve been fastidious about wearing a mask when I’m not socially distanced, and even then remaining socially distanced,” Biden said. “We never got closer than you and I are right now, as well as when Melania came up on the stage.”

Biden then went on to say that what did concern him was when he looked out at the crowd and noticed that Trump’s section had removed their masks after they sat down. As several reports revealed in the hours and days after the first presidential debate, everyone in attendance, other than the two candidates and the moderator, were required to wear masks at all times, but Trump’s children and his wife opted to take theirs off once they sat down. You can watch the entire conversation and see Biden answer questions from voters below: