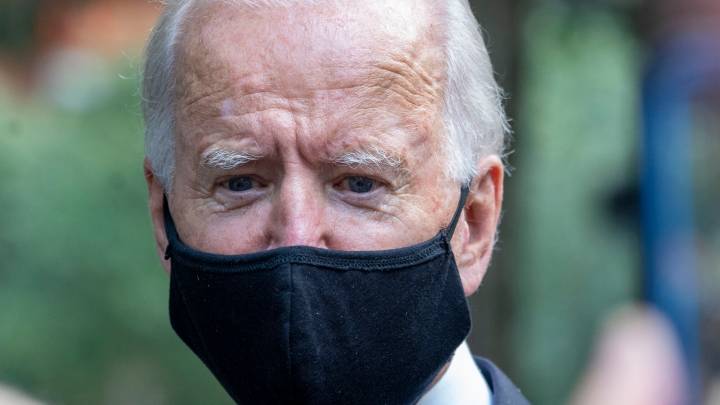 As soon as that news story from The Atlantic about derogatory comments President Donald Trump reportedly made about some military service members started going viral earlier this month, you could predict at least one outcome that was guaranteed to happen next. The Biden campaign turned the news story — quoting anonymous sources who said Trump has disparaged the intelligence of service members, in addition to wanting to keep wounded soldiers out of parades — into a devastating campaign ad.

The article that was published by The Atlantic was written by Jeffrey Goldberg, and it was titled “Trump: Americans Who Died in War Are ‘Losers’ and ‘Suckers.’” Among the anecdotes the article recounts is this exchange between Trump and his staff after Arizona Republican Sen. John McCain died in August of 2018: “Trump told his senior staff, according to three sources with direct knowledge of this event, ‘We’re not going to support that loser’s funeral,’ and he became furious, according to witnesses, when he saw flags lowered to half-staff. ‘What the [expletive] are we doing that for? Guy was a [expletive] loser,’ the president told aides.”

In her letter, Ellis writes (in addition to using the idiosyncratic, somewhat random capitalization style utilized by Trump himself): “The Atlantic article and the False and Misleading Ad both rely upon statements allegedly made by anonymous sources who were directly contradicted on the record by twenty-one individuals present with President Trump that day. Additionally, the contemporary facts in the Secret Service record totally debunk this fake story.”

The complete letter can be read here. It comes amid something of a bad news pileup for the president, who’s also the subject of longtime Washington Post journalist Bob Woodward’s new book Rage that will be on shelves starting Tuesday. Woodward relied on 18 on-the-record interviews with the president for his book, which includes a number of revelations that cast the president in a bad light — such as Trump’s apparent downplaying of the coronavirus early on in public while talking privately with Woodward about how serious Trump realized it was.