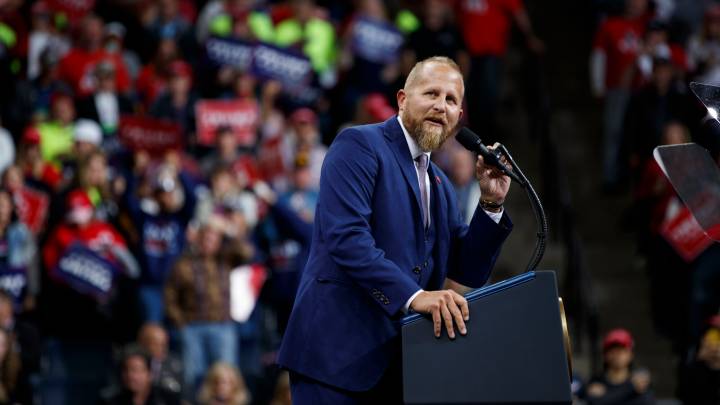 As if Sunday wasn’t already a bad enough news day for President Donald Trump, who was the subject of a bombshell New York Times expose showing that he doesn’t appear to have paid any federal income tax for at least a decade, another strange and somewhat bizarre bit of negative press landed in Trump World on the same day.

Down in Fort Lauderdale, police arrested Brad Parscale, who just three months prior was the Trump 2020 campaign manager. Sunday’s events are still being sorted out, but early accounts from press reports point to a fight between Parscale and his wife, after which his wife called 9-1-1 saying, among other things, that Parscale owns multiple guns and was threatening to harm himself. Twenty-four hours later, Fort Lauderdale police released bodycam footage from the arrest of Parscale, showing police slamming the 6-foot-8 architect of Trump’s 2016 victory to the ground.

Here’s the video released by police, which encapsulates a remarkable turn of events — and a descent from the highest highs of success in politics — in just a few months’ time (Note: There is strong language in the video).

According to a report from the Sun Sentinel newspaper, it’s not clear what Parscale and his wife were fighting about over the weekend. After they argued, she says that Parscale chambered a round in one of his guns. She fled and asked a nearby real estate agent showing a home to call for help.

From the newspaper’s report of the events that transpired, the real estate agent asked Candice Parscale, as they waited for police to arrive: “Oh no, did he do that? Oh my gosh, your arms, both your arms, has he been hurting you?”

Parscale’s wife told police that her husband had been “stressed out” for the past two weeks and had talked about shooting himself. Police reportedly took 10 guns from his home, including pistols, a shotgun and a rifle, and Parscale was committed for psychiatric evaluation under Florida’s “Baker Act.”

The Trump 2020 campaign released the following statement to the press about this incident: “Brad Parscale is a member of our family and we all love him. We are ready to support him and his family in any way possible.”

Parscale was demoted from his position running President Trump’s campaign earlier this summer, the result of Parscale winding up on the losing end of a power play in Trumplandia. He was replaced by Bill Stepien. At the time, Trump announced the news thus: