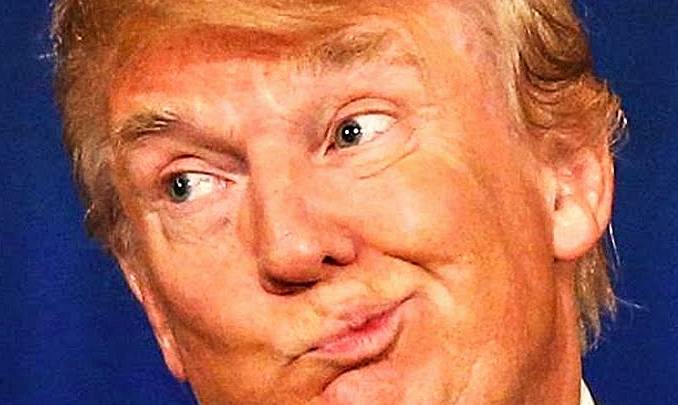 Welcome to the internet, where famous people can invent new words simply by failing to realize they typed gibberish into Twitter. Today’s example comes from the one and only Donald Trump. Trump, who already has many, many poorly-worded tweets to his name, dropped a midnight grammar bomb on the world with an out-of-context tweet that has seriously taken on a life of its own. Also, covfefe.

The tweet — which reads like either the start of one of Trump’s notorious Twitter rants or possibly the ramblings of a madman who dropped a spoonful of potato salad on his smartphone screen and was simply trying to wipe it up — read simply: “Despite the constant negative press covfefe”

It’s impossible to know where he was going with it, but it stood alone on Twitter for over an hour with no explanation, no follow-up, and no correction. What had happened? Had Trump, weary from his long foreign trip, been tweeting-while-walking and tripped head-first into the White House Rose Garden? That’s when the memes began, and they haven’t let up since.

"And just before you serve it, you hit it with a dash of #Covfefe" pic.twitter.com/fm9CAF4Iyz

This is #covfefe translated from Russian. pic.twitter.com/1Im7ZzLO0Y

The scent of incompetence, corruption, and nepotism all in one.#covfefe pic.twitter.com/jVpPNRhVWb

I had NO idea what to get my bae for her birthday but then our Leader @realDonaldTrump gave me the gift of #covfefe pic.twitter.com/M3VGbAd76Y

After a while, and with hundreds of thousands of Twitter users wondering, joking, and laughing about the entire episode, Trump stoked the fire himself with a tweet that, whether you love him or despise him, is pretty much perfect:

If there’s one group that should be able to decipher the “true meaning” of Trump’s made-up word, it’s the company that often acts as the gatekeeper of the English language: Merriam-Webster. So, what do they have to say about covfefe?