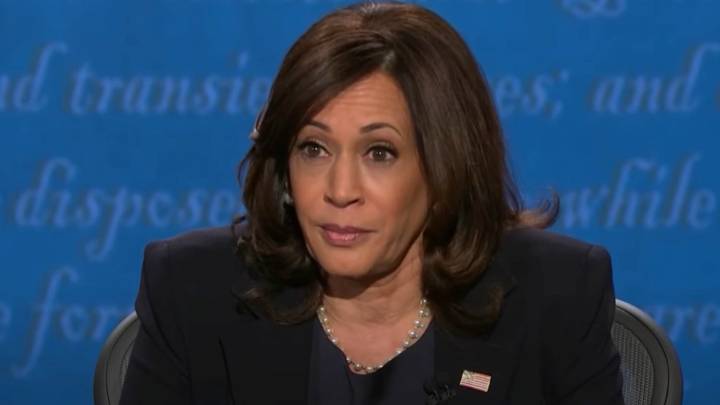 The first vice presidential debate between Vice President Mike Pence and his challenger Kamala Harris was a lot calmer than the first presidential debate that preceded it, as the two candidates stuck to the rules better than their partners did. While not as exciting as a debate between the two people gunning for the most important job in the US, the Pence vs. Harris confrontation had many high points, including the appearance of a fly that generated its own buzz.

The novel coronavirus pandemic was one of the evening’s biggest topics and will continue to be a defining element of this year’s presidential elections. The two VP candidates sparred over the government’s response to the health crisis, and inevitably the vaccine topic came up, bringing a controversial line from the Democratic vice presidential nominee. “If Donald Trump tells us to take [the vaccine], I’m not taking it,” Harris said in her remarks, a line that can easily be taken out of context and cause plenty of controversies.

The Trump administration is no stranger to COVID-19 vaccine controversies. Reports emerged in early September that Trump might pressure the FDA to issue an emergency authorization approval (EUA) to one of the three vaccine frontrunners at the time. Trump administration officials denied those allegations, but the president brought the vaccine topic up consistently since then, suggesting approval would follow soon.

Polls at the time have shown that Americans are increasingly more resistant to the idea of getting a coronavirus vaccine as soon as it comes out.

FDA officials made it clear that vaccines would not be approved until they’re proven to be safe. Dr. Anthony Fauci also stated several times that safety would not be compromised. In response to the unexpected COVID-19 vaccine controversies, some of the companies conducting Phase 3 trials signed a pledge to science, vowing not to cut corners with their studies. Since then, the FDA created new EUA guidelines that include a provision requiring companies to follow volunteers for at least two months before seeking approval. The White House reportedly opposed the timeframe, as it made it practically impossible for Trump to announce a coronavirus vaccine breakthrough in time for the elections. But the guidelines were already shared with companies and made public earlier this week.

Harris was asked whether she would trust a vaccine approved under the Trump administration, and this is the full response she gave, which includes the fragment above:

The response gave Pence an immediate opening to attack Harris and claim that she’s undermining public confidence. “The fact that you continue to undermine public confidence in a vaccine if the vaccine emerges during the Trump administration, I think, is unconscionable. And senator, I just ask you, stop playing politics with people’s lives.” Many people have criticized the Trump administration’s handling of the pandemic, which included health-related issues that undermined public confidence in vaccines. The constant push of certain therapies, including hydroxychloroquine and plasma, and the increasing number of references about vaccine availability are just some of the controversies that would give someone pause when considering a vaccine.

Politics aside, Trump can’t tell anyone to take a vaccine until a vaccine is deemed ready by the scientific community. There would be nothing to take until that time. Given the FDA’s requirements for emergency use, approvals could arrive this year, possibly after the election. Trump might still be in office once the first vaccines are approved for use on at-risk groups of people. That’s assuming vaccine research goes well. He might tell people to take it, just as any head of state would during the pandemic. At that time, Fauci and other officials will also urge people who qualify for the first wave of vaccines to take the drugs.

Fauci stressed the importance of widespread vaccination campaigns many times, even before the recent election-related vaccine approval controversies became a talking point for Trump. He said that a large percentage of the population would have to get the vaccine to reach the herd immunity phenomenon that would significantly cut the virus’s transmission rate. At the time, polls showed that Americans were more likely to get a COVID-19 vaccine than in recent months. Fauci was mostly addressing concerns about vaccine-hesitant people who wouldn’t be interested in coronavirus vaccines either. But Fauci explained at the time the government has no means of forcing vaccines on anyone, regardless of the severity of the pandemic. COVID-19 vaccines will be optional in the US, regardless of who is telling people to take them.