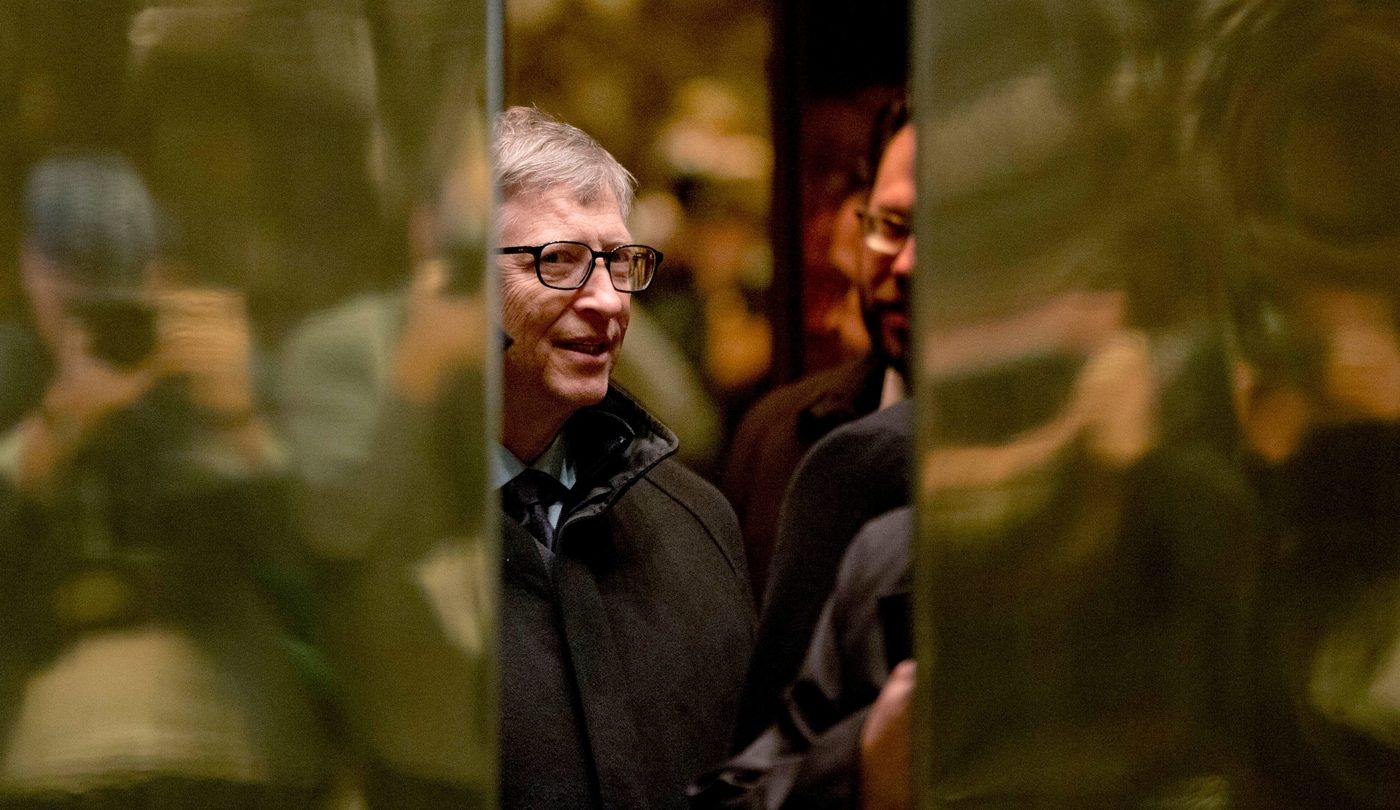 The gold elevator doors closed, and Microsoft co-founder Bill Gates ascended up Trump Tower in December 2016 for what would no doubt be one of the stranger meetings of his career.

It was some private facetime with then-president-elect Donald Trump, who was making a show of receiving visitors — who included everyone from celebrities like Kanye West to cabinet hopefuls — at Trump’s namesake Midtown Manhattan skyscraper where the Trump Organization is headquartered. In a broad sense, Gates told people afterward, he wanted to talk to Trump about “science and innovation.” However, Gates also delivered a stark warning to the president … and you can probably guess where this is going.

Gates, who co-chairs the Bill and Melinda Gates Foundation that’s at the global vanguard of infectious disease research and treatments, told Trump right before he took office only a few weeks later that he ought to make preparedness for the danger posed by pandemics a priority of his administration. That’s according to a Wall Street Journal report Monday recapping Gates’ years-long effort to warn decision-makers about the threats posed by infectious diseases. “I feel terrible,” he says now. And, “I wish I had done more to call attention to the danger.”

Some weird tidbits have already public surfaced about that late 2016 meeting between Gates and the president, which apparently didn’t include Gates’ warning about a pandemic registering with Trump. The president, as has been his practice pretty much since the outbreak of the coronavirus, has repeatedly insisted that “nobody could have predicted” the COVID-19 virus.

One thing Trump did ask Gates about during their meeting, for some reason, was whether there’s “a difference between HIV and HPV.”

Gates later recounted: “I was able to explain that those are things that are rarely confused with each other.”

Gates and his charitable organization have thus far committed more than $300 million to various coronavirus relief efforts. The point he made to Trump back then is more or less the same one he’s been stressing for years, including during a much-touted 2015 TED Talk in which he described viruses as posing the “greatest risk of global catastrophe.”

“If anything kills over 10 million people over the next few decades, it’s most likely to be a highly infectious virus rather than a war,” Gates said at the time. “Not missiles, but microbes.”

As of now, the US is the global epicenter of the coronavirus pandemic, with more than 1.3 million infections having been confirmed here, according to the latest numbers from Johns Hopkins University. Additionally, more than 80,000 people have died in the US from the virus.