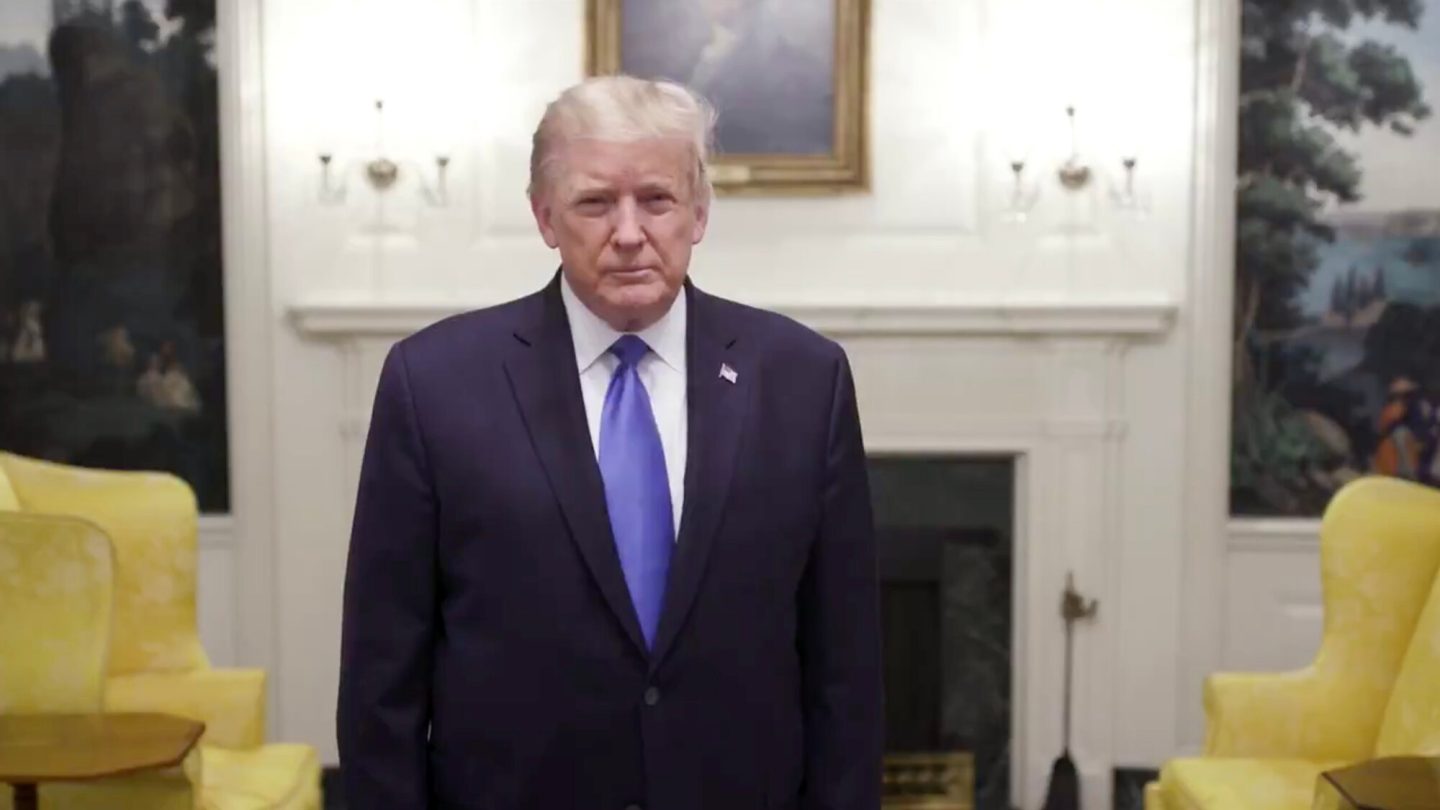 Ahead of President Trump taking part in a town hall in Miami this week, in lieu of participating in a second presidential debate virtually, NBC News announced that the White House provided a statement from two officials from the National Institute of Allergy and Infectious Diseases regarding the president’s health.

The two officials are Dr. Anthony Fauci, the institute’s director, as well Dr. Clifford Lane (the institute’s deputy director for clinical research and special projects), and they said that after reviewing a PCR test from Trump that they believe he’s “not shedding infectious virus.” This comes a few days after Trump’s latest coronavirus update about his own health — it saw the president tweet that he’s now no longer infectious, a tweet that quickly got slapped with a warning label from Twitter, and then Fauci followed up by more or less confirming Trump’s statement.

In keeping with the dizzying pace of news and headline-making developments in the Trump era, it’s hard to believe the president announced his own COVID-19 diagnosis two weeks ago now. After an intense treatment regimen that included a somewhat exotic cocktail of therapeutics, the president is now apparently well enough to be back on the campaign trail in earnest.

The problem, however, is when people make too much of the fact that the president enjoyed a relatively quick recovery — something that led him to tweet afterward that people shouldn’t be afraid of the virus:

In a new interview with the health news website STAT, Dr. Fauci cautions that people shouldn’t regard the coronavirus as a minor illness that includes a recovery as quick as the president’s for everyone. “We’re all glad that the president of the United States did not suffer any significant consequences of it,” Fauci said. “But … because he is such a visible figure, it amplifies some of that misunderstanding that people have that it’s a benign disease and nobody has anything to worry about.

“It’s just a lot of understandable mixed signals, that it’s either serious or it’s not serious. It’s deadly or it’s not deadly. To me, that’s been the bane of trying to get a message across to people.”

The people who think the president’s recovery shows the virus isn’t anything to worry about are especially concerning to Dr. Fauci. Because he says they will engage in risky behavior that could lead to them contracting the virus — and even if they only contract a mild or asymptomatic case, they could then carry the coronavirus and pass it on to someone much more vulnerable and susceptible to a severe case of COVID-19.

“It’s just something that I’ve been struggling with for some time in messaging, when you try to get to young people and you tell them, ‘Wear a mask, avoid crowds,’” Fauci said. “And they say, ‘Well, what’s the difference if I get infected? The overwhelming likelihood is that I’m not going to get seriously impacted. So, who cares?’