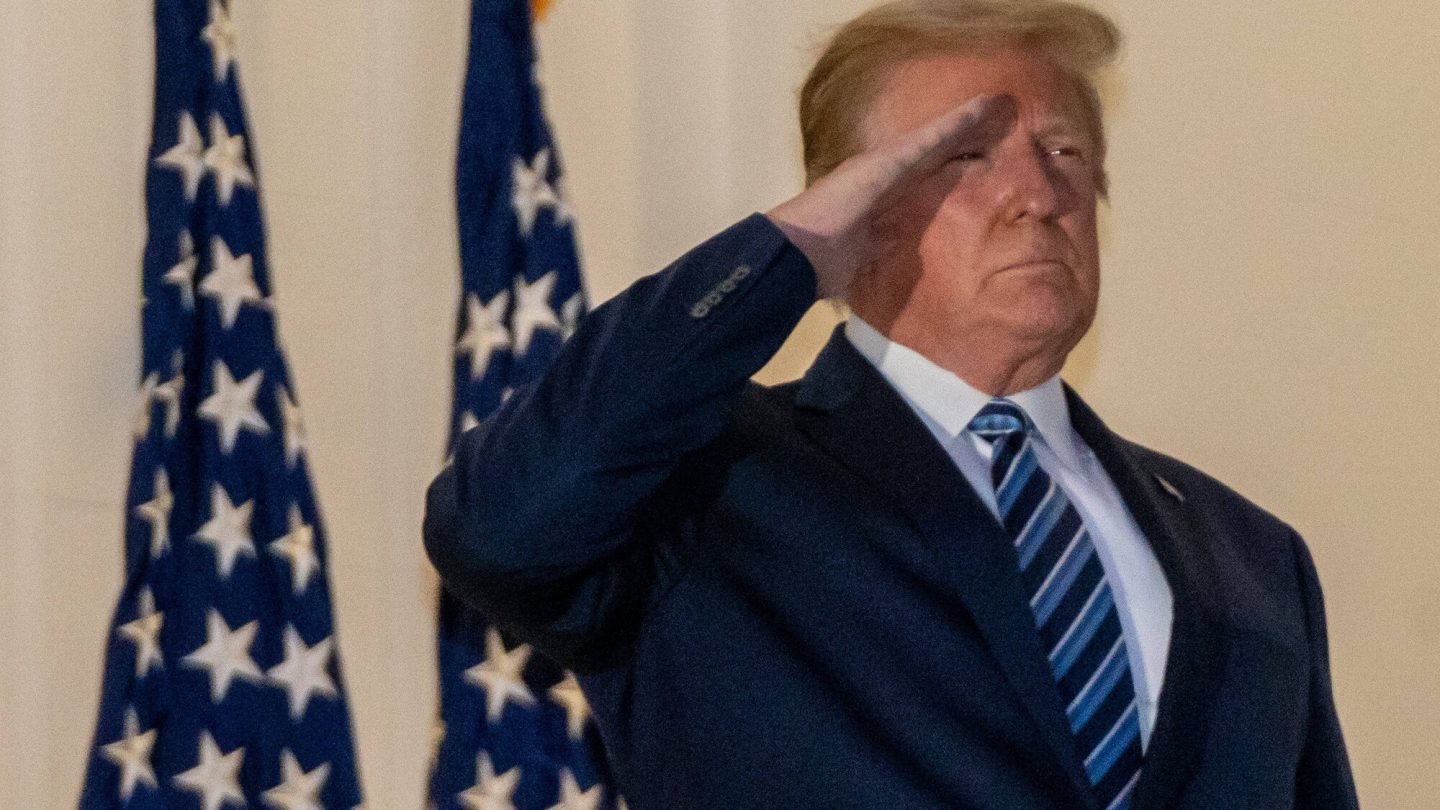 We’re almost a year into the coronavirus pandemic at this point, and President Trump has been out of office for more than a week now, but we’re still learning new details about the decisions and mistakes that were made in response to the COVID-19 outbreak. An outbreak that, according to the latest coronavirus update for the US through Friday, has resulted in more than 25.8 million coronavirus cases, along with more than 434,000 deaths, per the most recent stats from Johns Hopkins University.

President Trump arguably lost his bid for re-election in November thanks to his handling of the COVID pandemic, which has hit the US harder than anywhere else on the planet — thanks to an abundance of self-inflicted errors and mistakes in judgment that were made at all levels of the Trump administration. That’s the conclusion you can’t help but come to after reading a new government watchdog’s report about the response of Trump officials to the crisis, as well as after reading and listening to new interviews with top science experts who worked inside the Trump administration.

Current White House chief medical adviser Dr. Anthony Fauci, for example, quickly became a go-to health expert who the nation wanted to hear from as much as possible last year. He was seen as a straight-talker, albeit one who had to walk a fine line between sharing what people needed to hear and not getting too far out in front of the president — with Dr. Fauci only delicately pushing back in press briefings when the president said something outlandish.

“You can see that when you’re starting to go down paths that are not based on any science at all — and we’ve been there before, I don’t want to rehash it. That is not helpful at all. And particularly when you’re in the situation of almost being in a crisis, with the number of cases and hospitalizations and deaths that we have, when you start talking about things that make no sense medically and no sense scientifically, that clearly is not helpful.”

Other new insights from both Dr. Fauci as well as Trump’s White House coronavirus response coordinator Dr. Deborah Birx include:

From Dr. Fauci, in the New York Times: “We would say things like: ‘This is an outbreak. Infectious diseases run their own course unless one does something to intervene.’ And then (President Trump) would get up and start talking about, ‘It’s going to go away, it’s magical, it’s going to disappear.'”

Dr. Birx, during a Face the Nation interview with host Margaret Brennan: “There were people (in the White House) who definitely believed that (COVID-19) was a hoax.

“I saw the president presenting graphs that I never made. So I know that someone — someone out there, or someone inside — was creating a parallel set of data and graphics that were shown to the president. I don’t know to this day who, but I know what I sent up, and I know what was in his hands was different than that.”

Of course, Dr. Birx didn’t exactly help herself when she decided to go down a road like this, which Dr. Fauci never did:

"[Trump is] so attentive to the scientific literature & the details & the data. I think his ability to analyze & integrate data that comes out of his long history in business has really been a real benefit” — this is shocking, hackish stuff from Dr. Birx. pic.twitter.com/c2phsRYaJs

Speaking of Dr. Fauci, here he is again in the Times: The president “was getting input from people who were calling him up, I don’t know who, people he knew from business, saying, ‘Hey, I heard about this drug, isn’t it great?’ or, ‘Boy, this convalescent plasma is really phenomenal.’

“He would take just as seriously their opinion — based on no data, just anecdote — that something might really be important.”

Two new federal reports, meanwhile, have also been prepared along these same lines, diving into actions the Trump administration took during the pandemic. And finding that the administration made the pandemic worse here than it needed to be.

For example, according to a recounting of these reports from The Washington Post, when US health officials met the first Americans fleeing from Wuhan, China, as they landed at a military based in California a year ago now, the US officials hadn’t been told to wear masks. And they also had no pandemic-related training or plan to control the virus.

Moreover, it was still early enough that the US officials were worried about “bad optics” and didn’t greet the Americans returning from Wuhan by wearing protective equipment — and the US officials later left California on commercial airline flights. Again, taking no serious protection measures. The way the Trump administration handled those evacuees from Wuhan “increased the risk of infection transmission not only to deployed (government) personnel, but also to the American public as a whole,” Special Counsel Henry Kerner wrote in a letter to President Biden on Thursday.