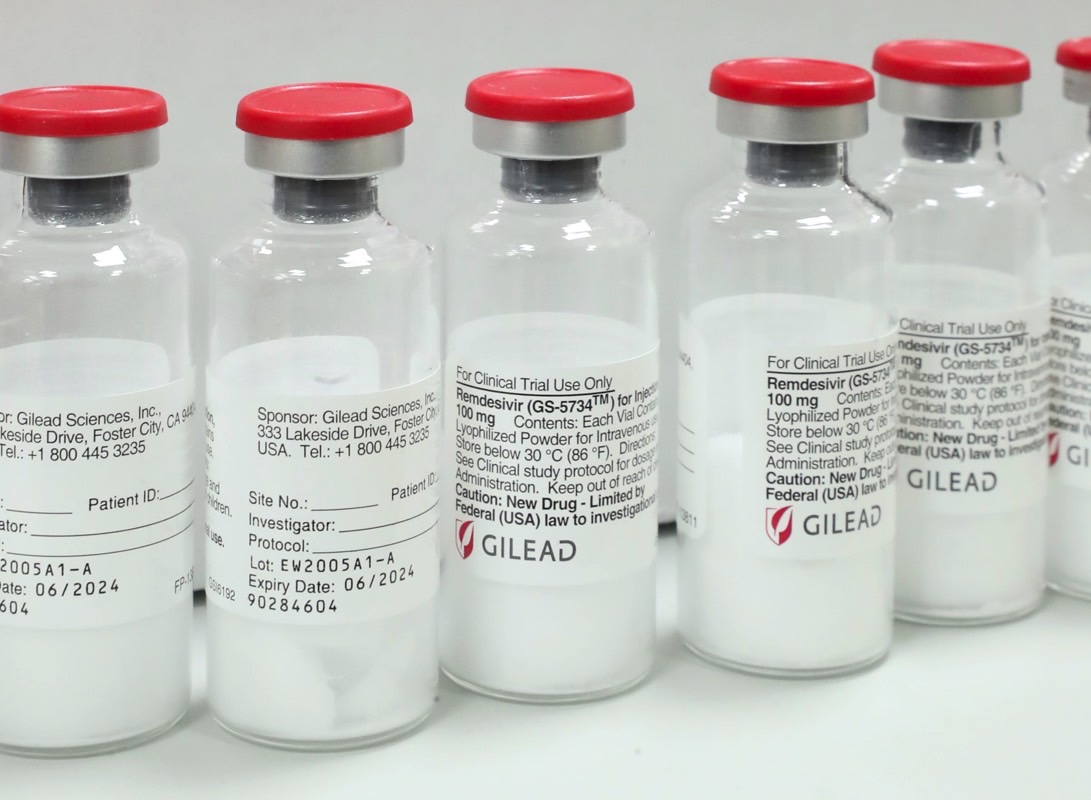 Remdesivir is one of the two drugs that have shown some effectiveness against the novel coronavirus, but remdesivir therapy only works for a specific type of patient. The antiviral can reduce recovery time by several days, one recent study showed, but it won’t work in severe cases, and it can’t prevent deaths. If anything, more research is required to determine whether remdesivir can be paired with a secondary drug to improve its effectiveness.

Even so, remdesivir is included in standard COVID-19 care in the US, and the Trump administration just acquired nearly all the available remdesivir supply. US officials warned a few weeks that supply will run low, and they’ve now fixed the problem. The move drew criticism from the rest of the world. Several countries were part of the studies that helped demonstrate the effectiveness of the therapy, and there are plenty of serious COVID-19 outbreaks elsewhere, with Brazil and India being two countries that have been hit hardest in recent weeks.

The US health department announced on Tuesday the purchase of 500,000 doses of the drug, which will be used in American hospitals. Previously, we learned that a course of treatment in the US will cost $2,340 per patient. That’s a five-day treatment that covers six $390 vials of remdesivir.

“President Trump has struck an amazing deal to ensure Americans have access to the first authorized therapeutic for Covid-19,” Department of Health and Human Services Secretary Alex Azar said in a statement.

The US acquired nearly the entire projected production of remdesivir for the next three months. Gilead Sciences signed a licensing deal in May for production outside of the US, but it’s still in the early stages, according to the BBC. Nine companies can make the drug outside of America, and distribute it to 127 mostly poorer countries. More remdesivir stock will be produced for clinical trials, the report said.

“The trial that gave the result that allowed remdesivir to sell their drug wasn’t just done in the US. There were patients participating through other European countries, in the UK as well, and internationally, Mexico and other places,” Oxford University Professor Peter Horby told BBC Radio 4.

The World Health Organization (WHO) also said that it’s verifying reports about remdesivir: “Obviously, there are many people around the world who are very sick with this disease, and we want to ensure that everybody has access to the necessary life-saving interventions,” WHO executive director of Health Emergencies Program Mike Ryan told a briefing. “We are fully committed as an organization and with our partners to equitable access to life-saving interventions.”

“The buying-up of remdesivir is disappointing news, not necessarily because of the shortages it implies for other countries, but because it so clearly signals an unwillingness to co-operate with other countries, and the chilling effect this has on international agreements about intellectual property rights,” said Dr. Ohid Yaqub, Senior Lecturer at the Science Policy Research Unit, University of Sussex.

On the other hand, the US has the highest COVID-19 caseload in the world, and the number of cases has been rising dramatically over the past few days. As the BBC acknowledges, the US has rules in place that ban the export of essential treatment in a public health emergency, similar to other nations, including the UK. Also, Gilead is a US company. The report notes that Gilead’s licensing deals would allow other countries to manufacture the drug. The report notes that there’s also a compulsory licensing mechanism that would allow others to produce generic versions of remdesivir and ignore Gilead’s intellectual property rights.

Even so, America’s move to snatch up the supply means some countries might not have access to any remdesivir in the coming three months. The UK has enough supply, the Department of Health said. Germany also has enough supply. The European Union will approve the drug for COVID-19 treatment next week.

Buying nearly all the remdesivir supply for the next three months follows a familiar pattern. The US invested $1.2 billion in AstraZeneca’s Oxford vaccine candidate, which would ensure access to 300 million doses. Before that, the government stockpiled millions of doses of hydroxychloroquine, and it’s now stuck with 63 million units that it can’t use for COVID-19 since the FDA revoked permission for the drug. Earlier this year, Trump tried to purchase a German company working on a coronavirus vaccine for “large sums of money.” French pharmaceutical company Sanofi caused a controversy of its own back in mid-May when CEO Paul Hudson said the US will be first in line to receive a vaccine.