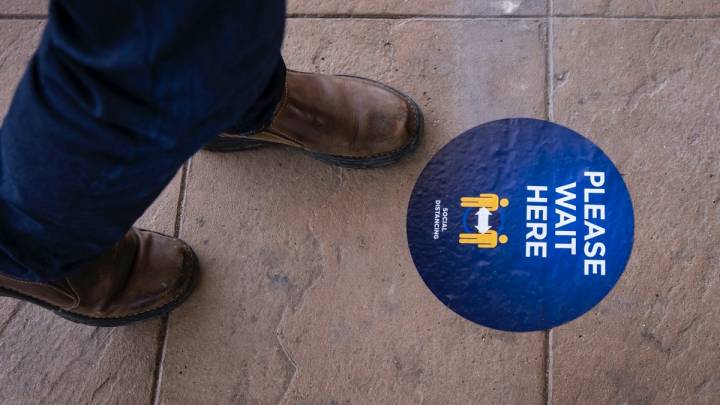 The novel coronavirus is ravaging the US, as several states are dealing with record outbreaks that seem to have no end in sight. More than 4.7 million Americans have been infected so far, and the death toll will likely pass 157,000 this weekend. The summer heat didn’t do anything to stop the virus from spreading, and the pathogen is highly infectious. The lack of effective medicines that might prevent COVID-19, potential complications, and deaths makes it even more difficult to contain transmission. That’s especially because some people have given up on respecting the few guidelines that can help them reduce the risk of spread. Social distancing, face masks, frequent handwashing, and regular cleaning of commonly used products and surfaces can dramatically reduce the risk of COVID-19 spread. But face mask protestors have come up with all sorts of stupid reasons to resist wearing them just as more scientific evidence has demonstrated their effectiveness.

Some anti-maskers won’t realize the errors of their ways until they’re infected themselves, as was the case with a coronavirus denier who spent 100 days on machines before receiving a double lung transplant that saved his life. Another denier claimed the virus was a liberal hoax until he spread COVID-19 to his entire family, killing at least one of his relatives. The latest example comes from a cult that’s holding meetings in complete disregard of local rules. There’s no social distancing at these events, and the people in attendance don’t wear masks. As if that wasn’t bad enough, the group now plans to begin traveling across the country without taking any measures to protect themselves or the communities they pass through.

Organizer Torben Sondergaard is the man promoting his “Big Tent Revival” events on social media. The Danish citizen had been living with family in North Carolina since last year, and he’s currently seeking asylum in the US.

Sondergaard hosted his tent meetings in Des Plaines, Ill., Patch reported a few days ago. As many as 150 people have been gathering at the series of events at the Methodist Campground on East Algonquin Road. Sondergaard claimed that between 400 and 500 people have attended his tent events since last Friday.

Des Plaines has asked the cult to follow state mandates regarding COVID-19, including face masks and social distancing, but the people attending the events have ignored them, Sondergaard included.

Mayor Matthew Bogusz signed a revised emergency declaration on Tuesday night that makes Des Plaines’ face masks and social distancing requirements stricter than the rest of the state. “Failure to do so will result in a citation and fine,” Alderman Andrew Goczkowski said. “Failure to comply after a citation may result in further action.”

The fine for non-compliant individuals is $750 for each violation and additional fines can be issued each day. The city did issue a tent permit, complying with Governor Pritzker’s order that exempted religious groups from rules on gatherings of 50 people or less. The city did not issue an event permit, but Sondergaard insists the tent permit is enough to make his meetings legitimate.

Sondergaard has escalated the brewing conflict on social media, going as far as to request assistance from President Trump.

“We have sent a letter to the President of the United States to ask for his help,” Sondergaard said on Facebook. “I’m asking all Americans to pray now for a supernatural intervening to stop this Socialist Agenda before we become like China, Russia, Cuba, Venezuela, or Iran.”

Sondergaard has a YouTube channel with nearly 120,000 subscribers, where he posts all sorts of clips about the coronavirus. He’s been treating the illness as a hoax since it starting, saying it’s meant to scare the public into compliance and give governments more power. That’s something we’ve often heard from other coronavirus deniers and conspiracy theorists. Unsurprisingly, he’s selling a book as well. Here’s a clip from March that ticks off all the boxes:

The cult leader is claiming “religious persecution,” and he’s seeking asylum in the US. The chairman of Danish anti-cult organization InsideOut, Camilla Johnson, said in statements to Patch that Sondergaard is a grifter, a fraud, and should not be granted asylum:

We simply want to let you know and stress that this claim is not true. Instead, we do suspect that Torben Sondergaard fraudulently claims he is entitled to asylum in the US, and he is using his position as a leader to coerce his followers to comply and participate in this scheme.

We know this particular group led by Torben Sondergaard well, for example, for his disregard for the health of others, violent exorcisms to ‘purify’ sinners, children and the mentally ill included. Former members have told us stories of TLR leaders and members using their positions of authority to intimidate followers to either comply or be silent when trying to expose this group.

Des Plaines residents have been voicing their concerns about the events on social media, just as Sondergaard sent his disciples to recruit followers. The Last Reformation cult has an Eventbrite page where it says the group will send members “out on the streets” in other states around the country:

This will be 3 amazing days with hands on training as we normally do at a Kickstart. Beside this amazing Kickstart where we talk about discipleship and we train people in obeying the call of Jesus to preach the Gospel, heal the sick, cast out demons, learn to be led by the Holy Spirit and we will be sending people out on the street but this Kickstart weekend is part of a much bigger set of Revival meetings that we will have 6 days leading up to it.

The group will travel to New Hampshire from August 14th to August 23rd, per Fox News.

While anyone should be free to practice whatever religion he or she believes in, it’s no secret that religious gatherings have been the source of major COVID-19 outbreaks. One of Korea’s significant clusters started that way, and religious meetings in India allowed super spreading events to disseminate the virus. The CDC recently published a study that shows the high transmission risk of COVID-19 at large religious gatherings. The research shows that 35 people out of 92 who attended a church service in rural Arkansas in the early weeks of March were infected with COVID-19, and three people died.

Without abiding protection guidelines, Sondergaard’s cult risks turning into another significant cluster and causing similar outbreaks in other parts of the country where he and his followers plan to travel next.