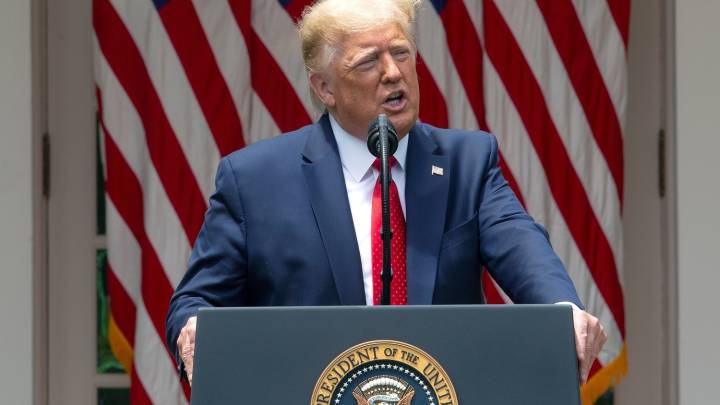 From the first months of the US coronavirus epidemic, President Trump made his stance on testing clear: The more you test, the more cases you’re likely to find, and the worse the optics. That became recurrent rhetoric in the months that followed, like when the first White House staffers were diagnosed, or, more recently, when several states that reopened experienced a surge in cases, setting daily records that eclipsed the previous peak.

As much as Trump may hate the picture that the government’s testing campaign paints, the optics of the President of the United States being infected with the worst virus in years is even worse. That’s why Trump actually loves COVID-19 testing. Recent reports have shown that the White House has intensified its efforts to keep the President safe, with its protocols including ample testing.

With more than 3.04 million cases and over 133,000 deaths as of Tuesday morning, America is first in the world both when it comes to COVID-19 cases and fatalities. But Trump keeps complaining about the increasing number of tests that detect more and more infections. Here are just some of his most recent tweets, in chronological order, covering Independence Day weekend:

Trump’s fallacy about testing is easy to dismantle. The absence of testing wouldn’t make the problem go away. In fact, lack of testing would favor continued spread, as asymptomatic carriers could continue spreading the illness without knowing they have it. Some do even after getting a positive test, and that puts lives in danger.

Dr. Anthony Fauci confirmed in recent testimony that he and his colleagues have not been instructed to reduce testing, and if anything, testing will increase. The infectious disease expert explained a new method to test even more people that could help authorities discover asymptomatics faster than before while also conserving resources.

Other experts, like Dr. Tom Frieden, the former CDC director, also noted a few days ago that the recent surge in testing isn’t the result of increased testing. It’s the virus spreading faster and easier than before.

“As a doctor, a scientist, an epidemiologist, I can tell you with 100% certainty that in most states where you’re seeing an increase, it is a real increase,” Frieden told Fox News Sunday a week before. “It is not more tests. It is more spread of the virus. … The numbers you’re seeing are just a tip of the iceberg of even more spread.”

Robert Redfield, the current CDC director, also said a few weeks ago that the real number of cases might be ten times higher than what’s been confirmed via PCR test.

An increase in testing would show a lower percentage in confirmed cases if the virus did not spread inside communities as easily. As long as positive percentages do not drop to lockdown levels, it’s unlikely the virus will be contained.

The high number of cases and the mortality rate certainly do not help with Trump’s reelection efforts. Numerous policy errors actually could explain America’s record COVID-19 caseload. And increased testing just helps to prove that problems continue to exist.

What’s ironic is that Trump seems to praise testing without realizing it. In the tweets above, he makes a note of the fact that more young people are being diagnosed than before. That’s actually a positive, as it means increased testing can find more asymptomatics than ever. He also claims that the mortality rate has dropped. That’s also a positive that’s worth highlighting. But that’s the direct result of increased testing as well. The more people you find, the lower the mortality rate will be, especially if most of those tested are younger.

A recent report explained how the White House intensified its efforts to keep Trump safe, including extensive testing of people around him. This makes the President feel safe enough to not wear a mask.

White House officials carefully screen venues where Trump is traveling with the help of security and medical teams. Bathrooms the President uses are scrubbed and sanitized, and anyone that interacts with Trump is tested. White House staffers around him are tested regularly as well, the report said. All of this even though the White House wants to dismiss requirements for temperature checks and face masks to project an image that the country is moving on.

Privately, Trump has been terrified of how it would look like if he were infected, showing “escalating concern” about the matter especially after White House staffers in his vicinity got the virus. This week’s news that Brazil’s controversial leader President Jair Bolsonaro tested positive for coronavirus after reporting a high fever could further disturb Trump. Bolsonaro has had a similarly dismissive approach in dealing with the local coronavirus outbreak, favoring the economy over lockdowns and downplaying the severity of the disease. Brazil has the world’s second-highest COVID-19 caseload after the US.

The entire delegation of Polish President Andrej Duda was tested before meeting with Trump, as well as all the officials present at the event a few weeks ago.

In an interview where he explained all the things he does to reduce the risk of infection, Fauci seemingly confirmed the increased COVID-19 testing practices of the White House. “I spend half the day alone in my office, and I’m part-time at the White House,” he told The Washington Post when detailing his daily routine. He revealed later in the interview that he gets tested “every time” he goes to the White House.

This is all proof that Trump’s glad to have all of this testing at his disposal, despite his official messaging on COVID-19 testing. Regular Americans can’t afford to have their friends and family tested every time they meet. They might not be deemed as essential as the President and other officials, but people deserve to know if they have COVID-19 as soon as possible. Only advanced testing campaigns can make that possible.