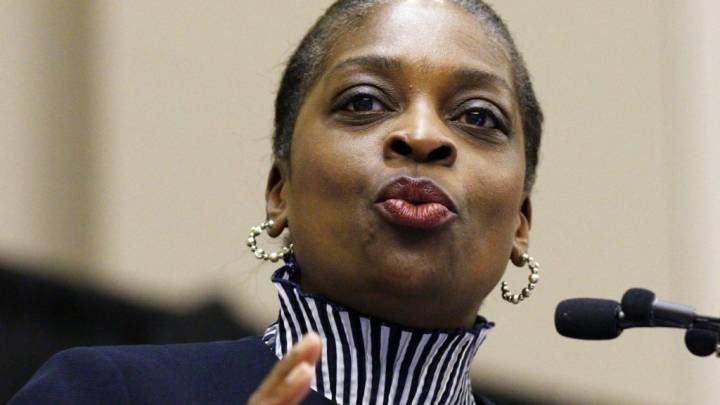 In April, Democratic Commissioner Mignon Clyburn announced that she’s leaving the FCC after a nine-year tenure. During her time, Clyburn forged a reputation as a fierce advocate for consumer rights, and in a final interview with Ars Technica on her way out, Clyburn took one last opportunity to make the case for a strong and effective regulator, even as the Republican-controlled FCC works hard to tear down net neutrality regulation and green-lights huge telecoms mergers.

As soon as she announced her resignation, politicians, colleagues, and industry groups rushed to praise Clyburn’s integrity and the legacy she leaves behind. “Mignon is a voice for the voiceless, always defending the most vulnerable in our society to ensure they are protected against the special interests,” Sen. Ed Markey (D-Mass.) said in a statement at the time. “Her commitment to defending net neutrality, protecting the Lifeline program, lowering prison phone rates, and so many other critical consumer-protection programs has benefited millions of American families.”

In an interview with Ars Technica, Clyburn talked about the areas the FCC should be focusing on, as well as the deeper question about what the FCC’s overarching mission should be.

“I’m an old Trekkie,” Clyburn said. “I go back to my core, my prime directive of putting consumers first…I don’t believe it’s accidental that we are called regulators,” she said. “Some people at the federal level try to shy away from that title. I embrace it.”

The new FCC chair Ajit Pai has moved sharply away from competition regulation in his time at the FCC thus far. The key tenet of his net neutrality plan is to move as much regulation as possible from the FCC to the FTC, leaving the FCC as little more than a technocratic standards body, something Clyburn highlighted:

Pai views the telecom industry “through a deregulatory lens” and avoids regulations except when there’s an egregious level of harm to consumers, Clyburn said. “He’s a believer in markets. So am I,” she said. But “it would take a whole lot of disruption for him to believe that this free market approach, this deregulatory approach, is not justified—a whole lot of harm, and I mean a whole lot.”

The full interview is well worth a read over at Ars Technica.
Tags: FCC