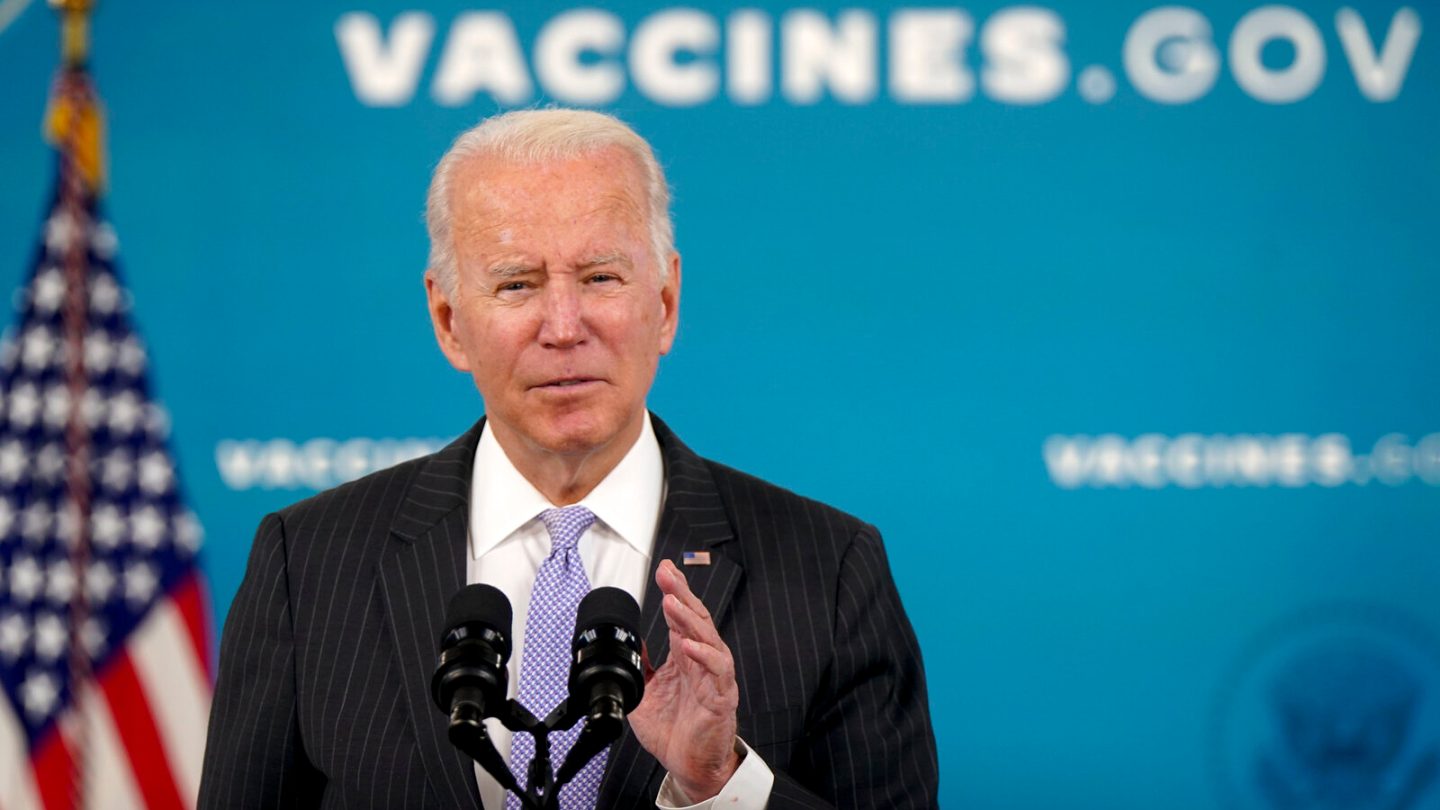 After weeks of outrage over the anti-Biden “Let’s Go, Brandon!” meme spreading like wildfire across social media, supporters of the president are now starting to coalesce around a catchphrase in response to it. The original, of course, was imbued with such virality that it’s shown up in the halls of Congress, and Florida Gov. Ron DeSantis recently garnered cheers for lambasting “the Brandon administration,” to say nothing of this phrase now adorning merchandise like hats, shirts, and chart-topping songs on iTunes as well as the Billboard Hot 100.

None of that could have happened if there wasn’t a deep-seated current of frustration and anger over the direction of the country right now. “Let’s Go, Brandon!” as an encapsulation of this moment is so perfect, really, because as a short and succinct catchphrase it nevertheless contains multitudes. It’s a reflection of media bias that has long animated conservative politics. It lets people vent anger at this White House and its policies in a creative way. And that brings us to the new counterweight from Biden supporters.

I’m fighting every day to pass my Build Back Better Agenda for folks like Brandon. His story is like so many I’ve heard across the country. Folks are just looking for a fighting chance and to be treated with the dignity they deserve – and that’s what my agenda is all about. pic.twitter.com/GFm9AShbEe

A couple of weeks ago, whoever runs the president’s Twitter account posted a tweet you can see above that seemed to prove the White House is well aware of the Let’s Go Brandon slogan and its euphemism for the president. Why else, after weeks of this all catching fire, would the Biden Twitter account post that he’s working hard for, of all people, a guy named Brandon?

At any rate, the president’s supporters are now taking things further. #ThankYouBrandon is the hashtag and catchphrase they’re now using to praise President Biden. And it does make a certain kind of sense, to include Brandon in this new one.

For one thing, keeping Brandon in the new phrase could end up muddying the waters of awareness. If people’s first interaction is with the second phrase? It might not immediately register that conservatives are actually using Brandon as a pejorative term.

And speaking of that name, Brandon:

Who is Brandon everyone is talking about?

The Let’s Go, Brandon phenomenon stems from an episode in early October at the Talladega Superspeedway. Brandon Brown had just won a NASCAR race. And sportscaster Kelli Stavast at one point commented during an interview with Brown afterward how the crowd seemed to be chanting in his honor: ‘Let’s go, Brandon!”

Unfortunately, that’s not actually what they were chanting. The crowd was very clearly addressing President Biden, not Brandon. Only, with an f-bomb in front of his name instead of “Let’s go!” To conservatives, the moment couldn’t have been scripted any better. It was proof of media bias on TV, right there in front of their eyes. And thus, Let’s Go Brandon was born — crystallizing a host of grievances in just three words.

Below, meanwhile, you’ll find a sampling of some recent tweets showing the new catchphrase in use among Biden supporters. “Thank You, Brandon,” probably won’t be chanted in sports stadiums anytime soon like the first phrase, but it does appear to nevertheless be catching on. A battle of the competing Biden catchphrases has begun.

Everybody join us in saying #ThankYouBrandon!

Close your eyes and imagine a stadium chanting this after the Build Back Better Act passes:#ThankYouBrandon

Someone should get #ThankYouBrandon trending for those amazing job numbers.

Maybe you guys can summon a "Thank you Brandon," for fixing the post COVID job economy.

401k is up and unemployment is way down #ThankYouBrandon

With these economic numbers, I gotta say it, too. #ThankYouBrandon!