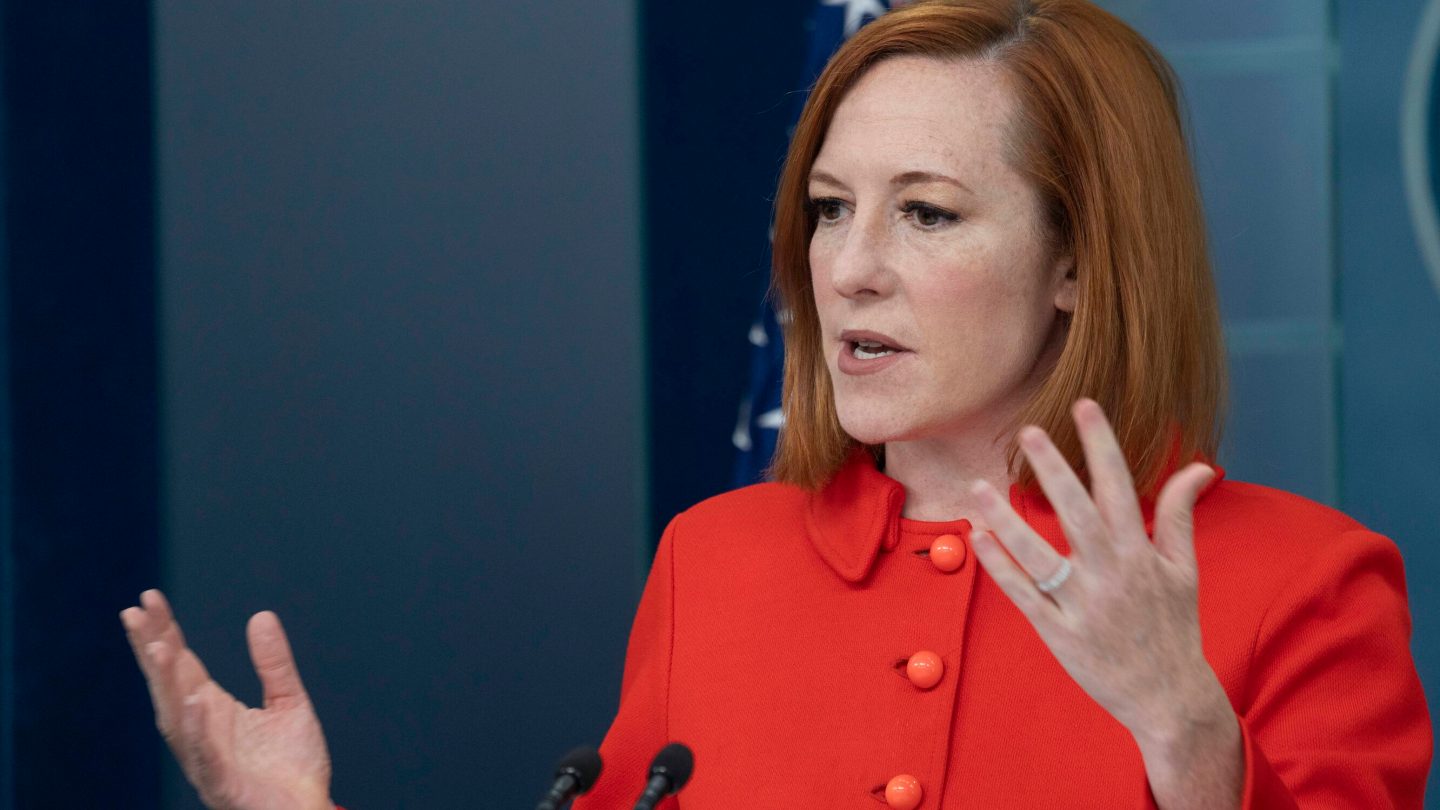 “Extraordinarily elevated.” That’s how White House press secretary Jen Psaki characterized the March Consumer Price Index headline inflation number that the Biden administration is bracing for on Tuesday. The release of which will continue a pattern that’s been evident for months now. Of prices inexorably ticking upward — sometimes dramatically so, depending on the product category — as reflected in everything from grocery prices surging to higher gas prices.

Even before today, don’t forget, inflation had already hit a multi-decade high. What that means, broadly speaking, is that if you don’t get a raise at work this year? You really got a pay cut. Tellingly, however, comments from Psaki on Monday, April 11, ahead of Tuesday’s release suggest the Biden administration is actually going to try to pin this all on Putin. And, specifically, on fallout from the Russian invasion of Ukraine. Even though, again, this pattern was underway already well before the invasion.

“We expect March CPI headline inflation to be extraordinarily elevated due to Putin’s price hike,” Psaki told reporters on Monday. “We expect a large difference between core and headline inflation,” she continued. “Reflecting the global disruptions in energy and food markets.”

The March inflation report is coming out on Tuesday at 8:30 am ET. As CNBC noted Monday, Labor Department data has been showing year-over-year price hikes not seen in the US since the presidential administration of Ronald Reagan. March’s reading is what’s coming tomorrow, while February’s look at the benchmark consumer inflation index? It was already up 7.9 percent in the prior 12 months, the biggest jump since January 1982.

That’s according to a definition offered by the International Monetary Fund. It’s a somewhat wonky concept, one that ordinary Americans don’t often talk about. At least not in the abstract, the way politicians and newspeople do. How was your day today? Oh, work was slow, but boy, how about that inflation, huh?

Prices increases, basic groceries costing more, the price of gas soaring — these, however, are the very specific things that people do talk about. And worry about. And, if things get bad enough and prices get too out of whack, it does lead over and over again to politicians getting punished at the ballot box.

Along those lines: Notwithstanding takes (like this one) from Democratic apologists who try and convince you that inflation ain’t all bad? The picture for the midterm elections this fall is looking worrisome for Democrats.

An analysis from CBS News shows that a typical family would need to budget an extra $433 a month to absorb all of the prices that have increased because of this inflation wave. Accordingly, what do you think a Gallup poll found along these lines recently? The percentage of Americans who think inflation is the biggest problem in the US is at a nearly 40-year high.