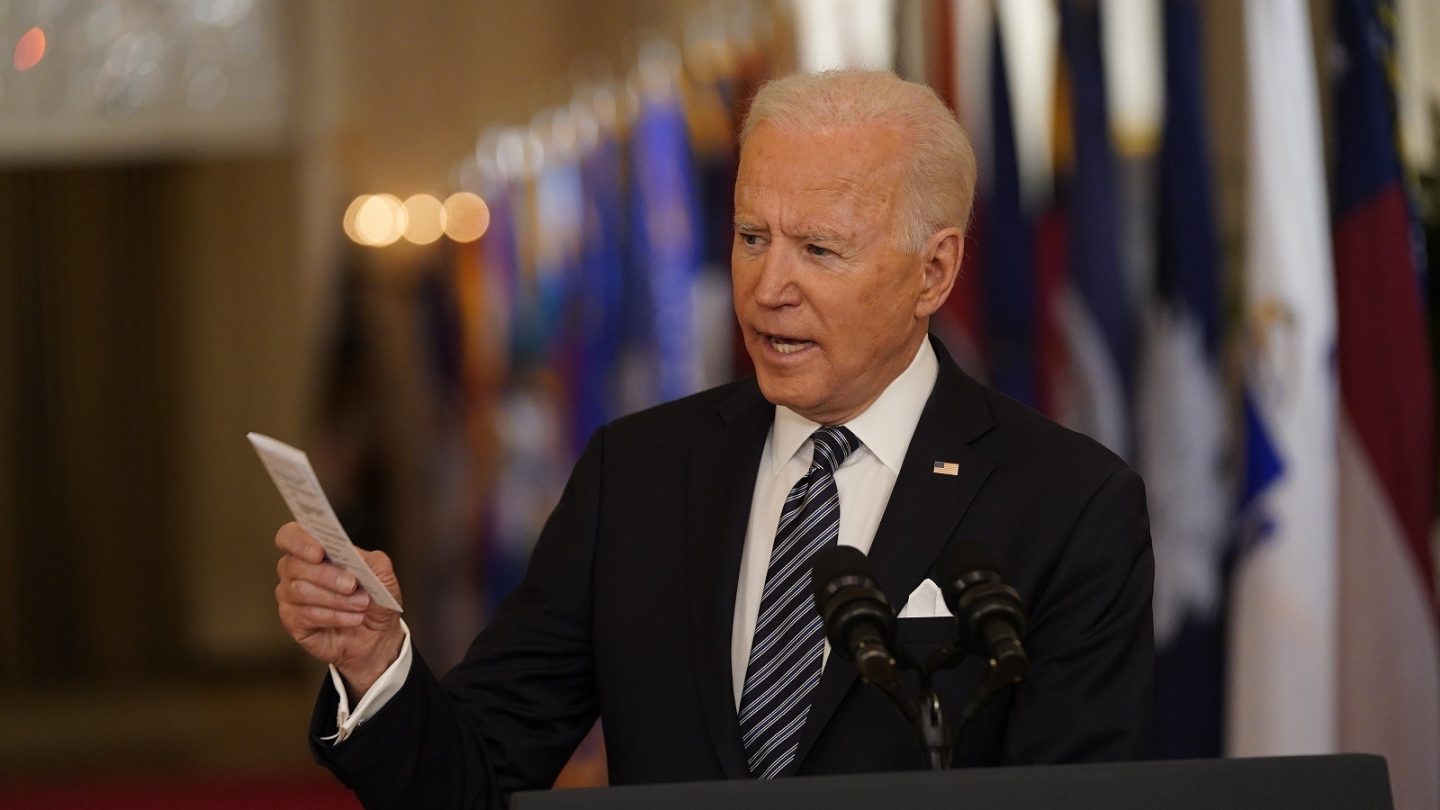 Winning control of the White House apparently does strange things to people. Going back to the early 2000s, we’ve seen a Southern conservative turn into a big-government chief executive whose government spends money like a drunken sailor. A social progressive who drones the heck out of the Middle East. As far as the current occupant of the nation’s executive mansion, meanwhile, Biden called this week for a Senate vote on raising the US debt ceiling, with a foreboding warning for Republicans: “A meteor is headed to crash into our economy. Just get out of the way, so you don’t destroy it.”

Sort of makes you wonder what Biden, the longtime US Senator, would make of all this, right? Except, well, you don’t actually have to wonder. Senator Biden voted against raising the nation’s debt ceiling at least twice (that I can find).

Votes from then-Senator Biden in 2004 as well as 2006, according to his remarks as recorded in the Congressional Record, make clear he did so for reasons that sound suspiciously like what Republicans are advocating now. Namely, that US spending has gotten out of control.

Here’s Senator Biden, in 2004, according to the Congressional Record:

“I was not able to participate in today’s debate and vote on the extension of the national debt limit. I was attending the funeral of a great civil rights leader in Delaware, Jane E. Mitchell. Had I been here to vote, Mr. President, I would have cast a symbolic vote against an extension of the debt limit. Today’s fiscal mess, the transformation of historic surpluses into record deficits, is not an accident. It is the inevitable outcome of policies that consistently ignored evidence and experience.”

In 2006, Biden also joined Democrats voting against a move by the George W. Bush administration to lift the nation’s debt limit to almost $9 trillion (fun fact: it’s more than $28 trillion today). Per a New York Times article from that episode, the nation’s paper of record noted that Democrats were chagrined that Bush and congressional Republicans were continuing to pile up historic levels of debt.

From Biden’s 2006 remarks on the debt ceiling vote:

“My vote against the debt limit increase cannot change the fact that we have incurred this debt already, and will no doubt incur more. It is a statement that I refuse to be associated with the policies that brought us to this point.”

Eventually, of course, everybody switches sides. And we get to do this all over again. And no one has unclean hands in this. Republicans tout frugality now, after allowing the Trump White House to expand the nation’s debt even more.

As far as where things stand now, Biden on Monday warned that the nation risks a historic and recession-triggering first-ever default unless Republicans join Democrats in voting to raise the debt ceiling either this week or next.

Treasury Secretary Janet Yellen has said the US will hit its debt ceiling sometime around the middle of this month or shortly thereafter. According to Reuters, not raising the debt limit could lead to effects that include the loss of several million jobs, ticking the unemployment rate back up to almost 9%, a stock sell-off, and much more.