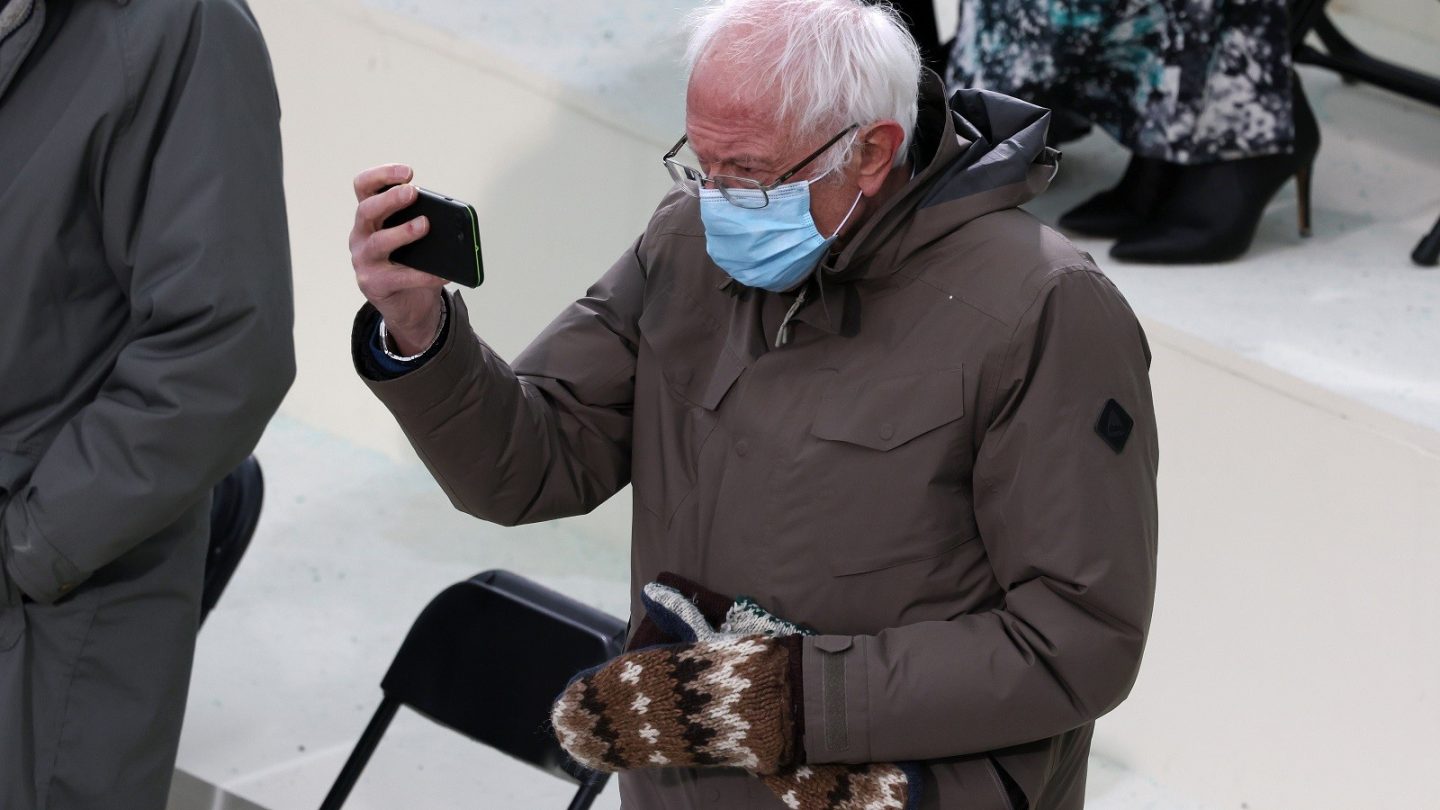 If you’ve been on the internet at all since the inauguration of President Joe Biden and Vice President Kamala Harris, you have undoubtedly been inundated with memes of Bernie Sanders sitting in a folding chair with a coat and mittens on. All memes have a shelf life, but few are able to capture the zeitgeist quite as quickly or effectively as that photo of the Vermont senator bundled up at the inauguration. Within hours, everybody with a Facebook, Twitter, or Instagram account had seen at least one Bernie meme, and by Friday, they were utterly inescapable.

The fact that we were all talking about a silly meme instead of another violent insurrection was certainly a step in the right direction, and the 79-year-old senator took the joke in stride, as he always seems to do.

On Friday, Sen. Sanders appeared on Late Night with Seth Meyers to discuss a number of topics, including how he thought President Biden handled his first week in office and whether or not Congress would be able to work together to accomplish anything in the coming weeks as the US faces crises on multiple fronts.

Of course, before they could get to any of that, Meyers had to ask the senator about the memes.

“I was just sitting there, trying to keep warm, trying to pay attention to what was going on,” Sanders said when Meyers informed him that he had become a meme. He also confirmed that he had seen the memes:

As for the manila envelope that he was holding in another viral photo from the inauguration: “I’d love to tell you Seth. It’s top secret.” We may never know what was in that envelope, but who doesn’t love a good mystery?

I only know one truth…

It's time for the @starwars/@BernieSanders memes…

Perhaps the most heartwarming aspect of this ubiquitous meme is all of the attention it brought the woman who made the mittens for Sanders. Her name is Jen Ellis, she lives in Essex Junction, Vermont, and she’s a teacher. Slate even interviewed Ellis to get her reaction to the memes the day after the inauguration:

As soon as I was done with my remote teaching, I hopped in my car and drove home. It was a huge blizzard yesterday up here in Vermont, so it took me forever. As soon as I walked in the door, my partner was like, “You’re not going to believe this.” We don’t watch TV—we’re intentionally a non-TV family—but we had taken the TV out of the closet so that our daughter could watch the inauguration. We found our bunny ears and we found a local station that would allow us to watch the inauguration. People had sent me pictures of Bernie Sanders sitting there in his chair, looking a little grumpy. Then the camera zoomed right in on him and I was like, there he is, he’s wearing my mittens. I was completely surprised and delighted and flattered and good for him.

After such a challenging year, and with many difficult months still ahead, it’s been nice to divert our collective attention for a brief moment to focus on something fun, joyful, and mercifully apolitical.