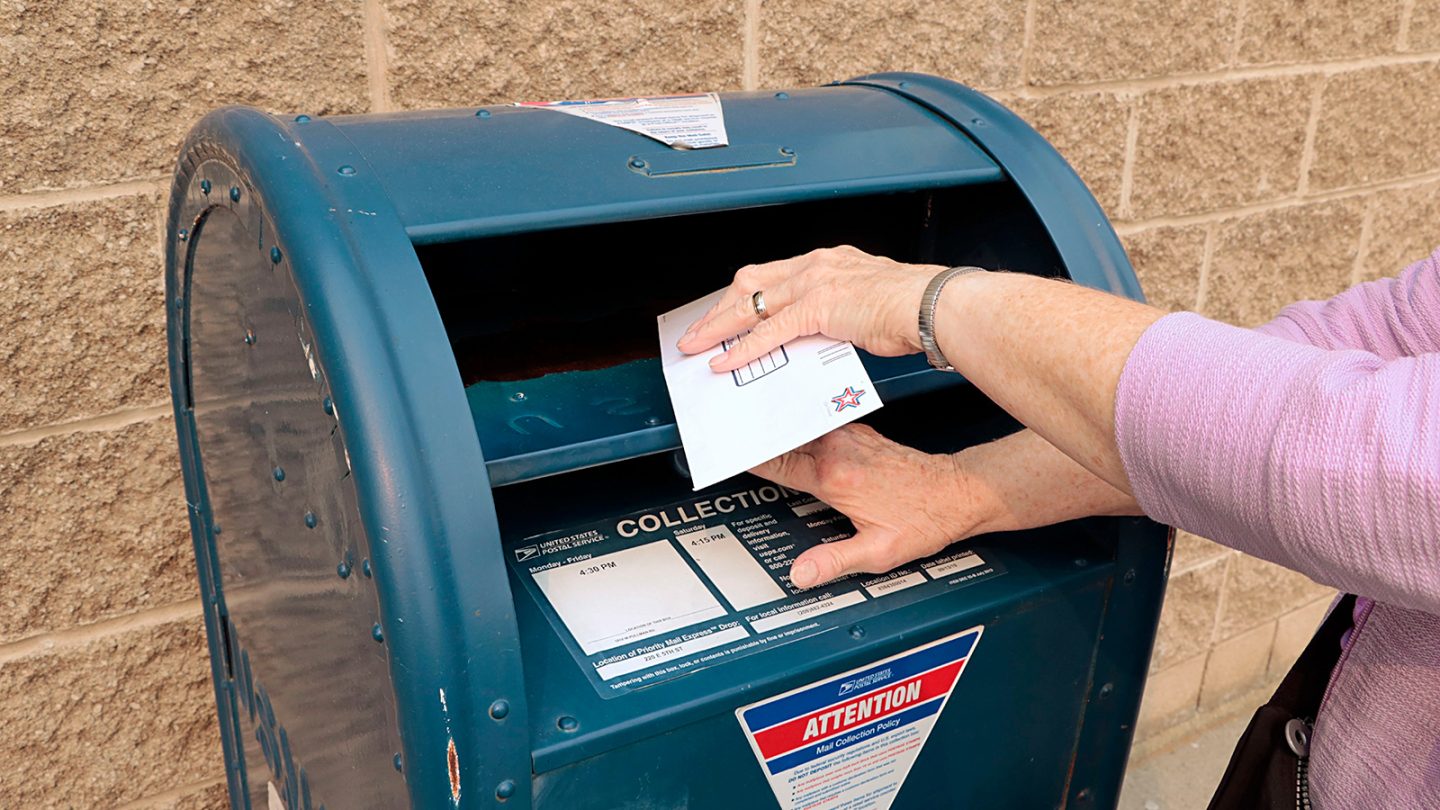 The 2020 Presidential Election is a very, very big deal (that might be the understatement of the year), and there’s been a lot of chatter about how reliable and safe mail-in balloting works now that the country is in the midst of a viral pandemic. Overall, election officials and experts seem to agree for the most part that voting by mail is a totally viable alternative to voting in person, especially since many states have allowed it for decades without issue.

Now, a story out of New Jersey is shaking things up a bit, as 200 blank ballots were found among a pile of mail that was discarded near a dumpster. The ballots — which were on their way to voters’ homes — actually made up a small percentage of the 300 pounds of mail that had been discarded next to the trash bin. But, considering the timing, the ballots are pretty darn important.

A man named Howard Dinger posted photos of the discarded mail that he claims he found alongside a dumpster behind a bank. He says he reported the find to the police and election officials. The United States Postal Service reportedly confirmed the discovery, picked up the mail, and ultimately delivered it as intended.

Again, it’s worth noting here that the ballots were a small portion of the mail that was found, and that they were blank. They had been requested by voters who, if Dinger hadn’t found them, would have not received them. This isn’t a case of someone throwing out votes for one candidate or the other, but considering the fact that New Jersey hasn’t swung for a Republican candidate since 1988, it would seem likely that the majority of the ballots were headed to Democratic-voting households, though we can’t be certain.

“I found the mail personally and I can vouch for its authenticity. The local police were called and so were the postal police,” Dinger posted on Facebook.  “And all the people that are p*ssed off about me posting this are probably postal employees that have done the same godd*mn thing. That’s the only reason I can see for being p*ssed off about my post. So for all those who have a problem with what I posted go jump in a lake.”

Well, tell us how you really feel, Mr. Dinger!

So, who tossed the mail in the dumpster? 300 pounds of mail is a lot of envelopes, and it would be difficult for a nefarious mail thief to amass that kind of a haul just by grabbing mail out of people’s mailboxes. It’s possible, of course, that someone stole the mail from a USPS vehicle, as mail carriers often leave them unattended as they deliver to the neighborhoods they serve, though postal officials haven’t noted that any trucks were broken into or vandalized.

It would be pretty foolish for a mail carrier to throw out an entire 300-pound bag of mail, as it would be incredibly easy to determine the person who was responsible. Whoever was delivering mail to those addresses is the one that dumped the mail, or so it would seem. We’ll have to wait and see how this pans out, but there are a lot of questions left to be answered.