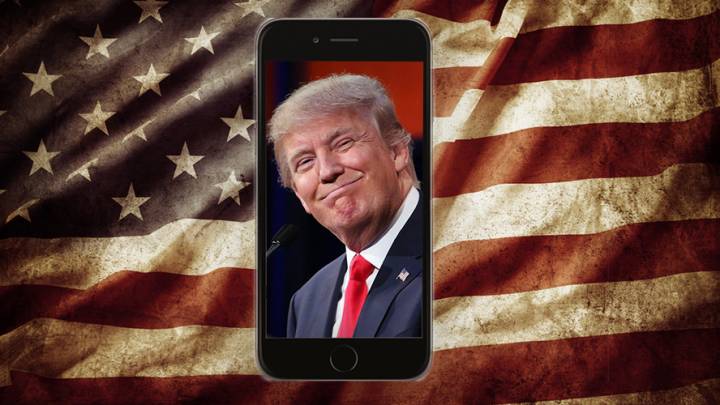 Apple and its sad, low-energy, economically sensible overseas manufacturing have been a target of Trump since day one. Trump seems keen on bullying Tim Cook to open a factory in the USA without actually detailing specifics, and while Apple has stayed out of the fray so far, new comments from Apple CFO Luca Maestri indicate that Apple won’t be shutting up shop in China any time soon.

As The Verge spotted, Maestri was speaking to a Goldman Sachs conference yesterday when he answered a question about overseas manufacturing:

“One of the points that we are making in Washington is the fact that we have been a very large contributor to the US economy during the last decade,” Maestri said. “We made billions of investments in the United States. In the last 10 years, we created about 2 million jobs in this country — in the developer community in our retail stores in our call centers and through the supplier chain.”

Maestri went on to talk more about Apple’s US-located call centers, and how it is “very, very difficult to speculate” on Apple’s manufacturing plans given that Trump has outlined no specific policies yet. He did, however, point out that a border tax on imported goods “would end up burdening the end consumer.”

Reading between the lines, it looks like another attempt by Apple to take iPhone manufacturing off the table for discussions with Trump. Apple seems willing to move ancillary services, like support centers, back to the US, but moving the entire iPhone supply chain would be orders of magnitude more difficult.

This is far from the first time that iPhone manufacturing has been in the news. Shortly after Trump’s electoral victory, Apple reportedly asked its subsidiaries to examine the feasibility of iPhone manufacturing — which caused Breitbart to run with the (untrue) story “Silicon Valley Bows to Trump: Apple to Build iPhones in America.”