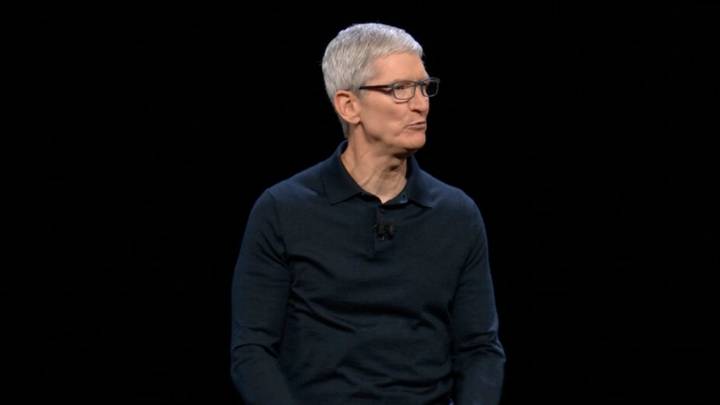 Republicans on the House Energy and Commerce Committee slipped an interesting question in a letter they sent Monday to Apple CEO Tim Cook that was otherwise focused largely on privacy-related matters. This particular question was partly in response to the strong public stance Cook has taken in favor of protecting user data and privacy as compared to other Silicon Valley giants that have, well, been not so good at that.

Here’s the gist of what those House Republicans asked Cook in their letter: Apple users have consistently had access to apps through the App Store “that you have highlighted as contradictory to Apple’s values, including Google and Facebook apps.” The implication being — Tim, ah, what gives?

They also wanted to know a lot more, such as about data collection practices and the like.

“We write today to learn more about the capabilities of Apple’s iPhone devices, in particular the collection and use of consumer data and microphone functionality of iPhones,” the letter to Cook reads (and you can read the full version here). “Recent reports have indicated that consumer data gathered through cell phones, including location information and recordings of users, may be used in ways that consumers do not expect.”

About the App Store question, though — Tim doesn’t always get pressed on that point. about what would cause Apple to ever kick something like Facebook out of the store. So it will be interesting to see what he comes up with in response. A stone cold comment from Tim in response to Facebook’s recent troubles, of course, scored a slew of headlines when he was asked what he would do if he were in Mark Zuckerberg’s position. I wouldn’t be in that position, Tim countered.

The congressmen, meanwhile, are wondering why Facebook occupies a position in the app store Tim’s company oversees.

To be sure, the congressmen saved their most pointed questions for a separate letter that went out to Larry Page, CEO of Google parent company Alphabet. The focus of both letters was roughly the same — it zeroed in on how third-party services access and handle data from both Apple and Google users.

The letter to Page can be read in full here. And both executives were asked to answer and return all of the questions by July 23.

“In June 2017,” lawmakers wrote to Page, “Google announced changes to Gmail that would halt scanning the contents of a user’s email to personalize advertisements to ‘keep privacy and security paramount.’ Last week, reports surfaced that in spite of this policy change, Google still permitted third parties to access the contents of users’ emails, including message text, email signatures and receipt data, to personalize content.

“In the context of free services offered by third parties, these practices raise questions about how representations made by a platform are carried out in practice.”