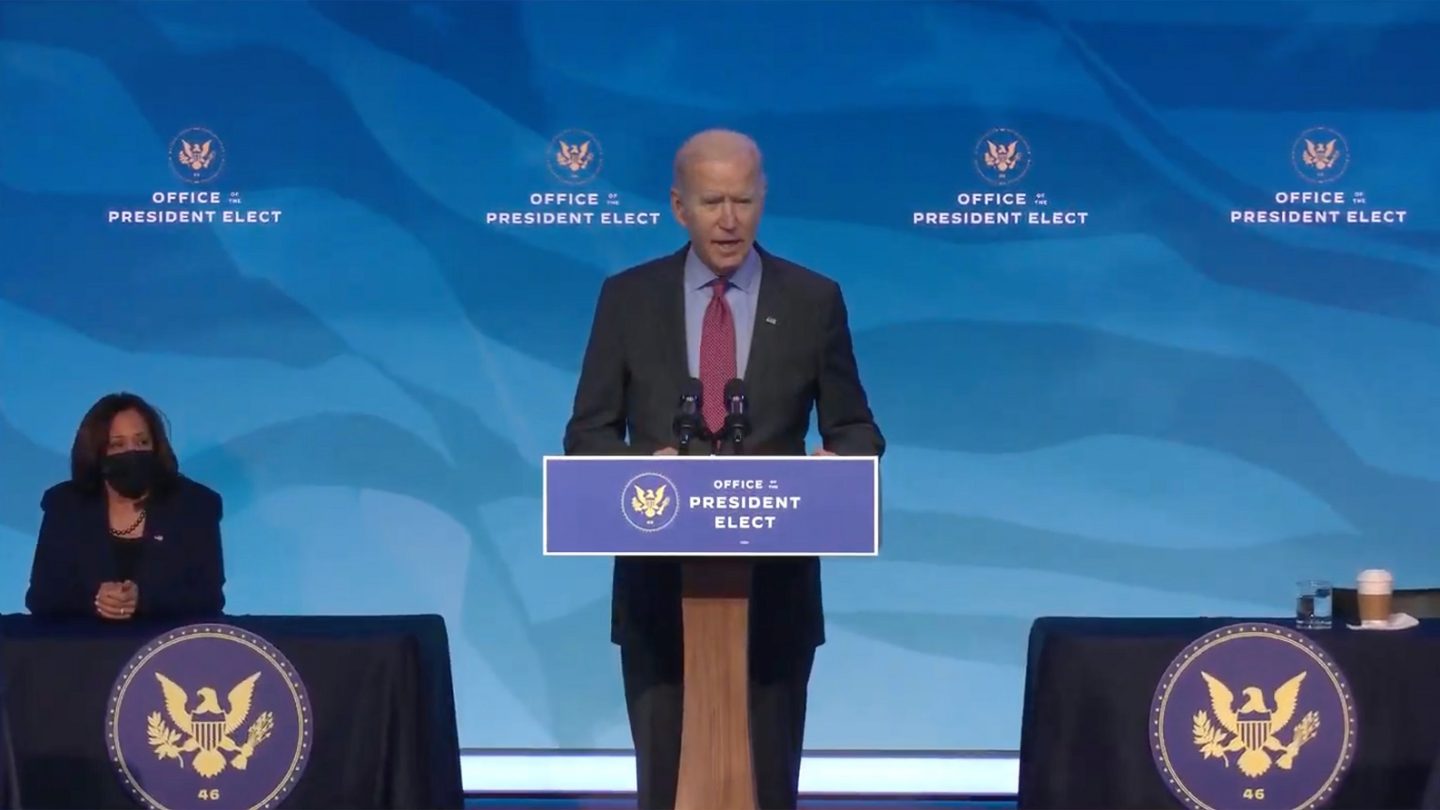 As the Senate runoff races in Georgia were coming to a close, Joe Biden traveled to Atlanta, Georgia to campaign for Democratic candidates Jon Ossoff and Raphael Warnock. Biden had been somewhat noncommittal about the $2,000 stimulus checks that President Trump had demanded before signing the $908 billion coronavirus relief bill, but during his speech, he made it clear that the checks would be a top priority if Democrats controlled the Senate.

Both Democrats ended up winning their respective races, and with the Senate split between the two parties, soon-to-be Vice President Kamala Harris will cast the tie-breaking votes. This will let Democrats bring up and pass legislation they might not otherwise have been able to, including another major stimulus package that is expected to include the $2,000 stimulus checks that Senate Majority Leader Mitch McConnell repeatedly blocked.

Ever since the latest stimulus proposal started making its way through Congress, Biden made a point of referring to the bill as a “down payment,” promising that there would be more relief to come once he took office. Larger stimulus checks are part of that relief, but we’re finally going to find out the rest of the details this week.

On Thursday, President-elect Biden will lay out the next stimulus package, which is likely to include an extension to and expansion of the unemployment assistance set to expire in March, vital aid to state and local governments that are currently running on fumes, more funding for vaccine distribution, and money to reopen schools.

“My priority is to get, first and foremost, a stimulus bill passed and secondly, again to rebuild the economy,” said the incoming president on Monday as the House was moving forward with plans to impeach Trump. “I’ve been speaking with some of my Republican colleagues about being able to move on a second package sooner than later.”

Not only will is next stimulus bill likely to be one of the most important pieces of legislation to receive a vote during the Biden administration; it will also give us a clue as to whether or not Republicans are willing to work with Democrats for the next two years. We should also find out where Sen. Joe Manchin (D-W.Va.) draws the line on spending, as he has already expressed some concern about sending $2,000 checks to millions of Americans that might not need the help. He wants more targeted relief, and as such doesn’t think that $2,000 checks should be anywhere near the top of the list of priorities once President Joe Biden is sworn in on January 20th, 2021.