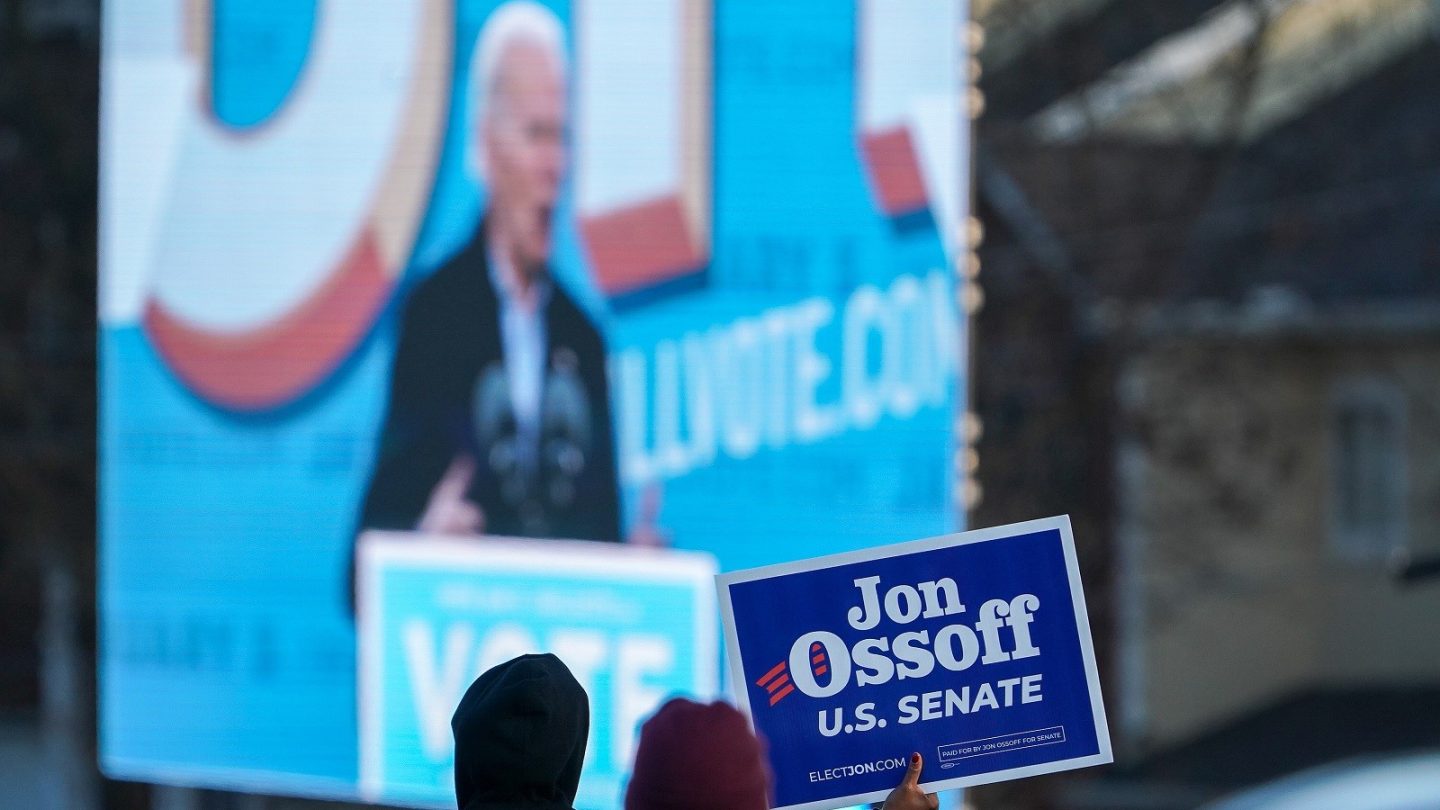 One of the final pieces of legislation that the 116th Congress considered before handing over the reins to the 117th Congress was the Caring for Americans with Supplemental Help (CASH) Act, which would have increased the value of the stimulus checks in the $908 billion relief package from $600 to $2,000. The bill passed the House, but Senate Majority Leader Mitch McConnell repeatedly blocked a vote on the bill in the Senate.

Attention shifted away from the bill as Americans began receiving the $600 stimulus checks, but at a Monday rally in Atlanta, Georgia to support Senate candidates Jon Ossoff and Raphael Warnock, President-elect Joe Biden told the crowd that their vote in the runoff race would decide the fate of the $2,000 stimulus checks.

“By electing Jon and the reverend, you can make an immediate difference in your own lives, the lives of the people all across this country. Because their election will put an end to the block in Washington on that $2,000 stimulus check,” Biden said. “That money will go out the door immediately to help people who are in real trouble.”

Biden winning Georgia’s 16 electoral votes was one of the biggest surprises of the 2020 election. Meanwhile, both Senate races went to a runoff, and if Democrats can take both seats, the Senate will be split down the middle with 50 Democrats and 50 Republicans. That would give Vice President Kamala Harris the deciding vote in the event of a tie, and would allow Democrats to bring up a vote on issues such as $2,000 stimulus checks.

“And if you send Senators Perdue and Loeffler back to Washington, those checks will never get there,” Biden added. “It’s just that simple. The power is literally in your hands.”

Ironically, after President Trump demanded a boost for the stimulus checks in a Twitter rant last month, both Loeffler and Perdue declared their support for $2,000 payments, saying that they would vote in favor of the bill if it were ever presented to the Senate. Their Majority Leader ensured that it never would, and McConnell even introduced his own bill that linked $2,000 checks with the repeal of Section 230 and the establishment of a committee to examine voter fraud in the election, despite there not being any evidence of fraud.

Polls opened in Georgia for the Senate runoffs on Tuesday, but close to 3.1 million Georgians had already cast votes before election day, according to data gathered by the U.S. Elections Project.

You can watch Joe Biden’s full speech from the rally supporting Ossoff and Warnock in Atlanta, Georgia below: