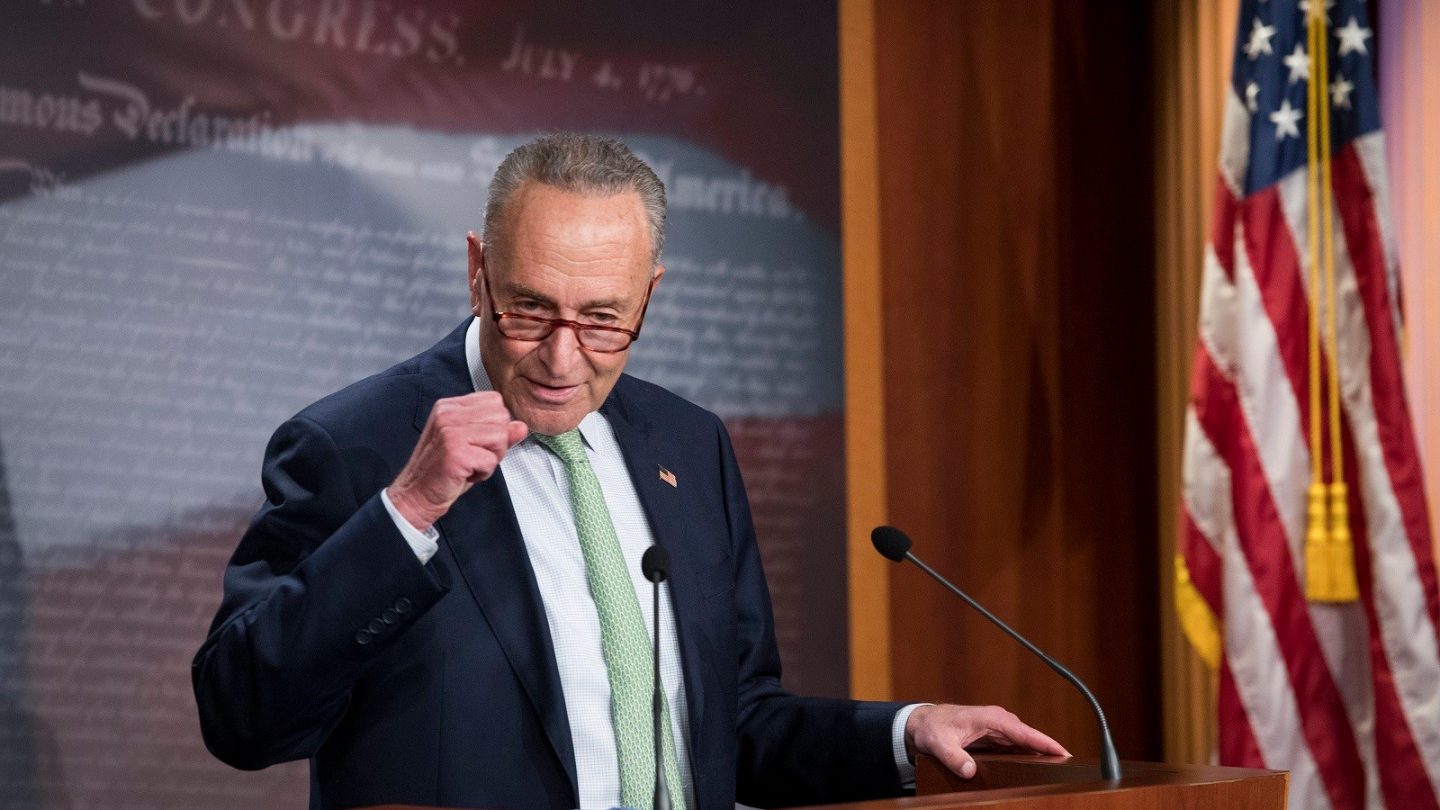 On Wednesday afternoon, as chaos was erupting on Capitol Hill, TV networks and newspapers around the US called the second Georgia Senate runoff race in favor of Democrat Jon Ossoff. Raphael Warnock had already been declared the winner in the other runoff, and the Senate will be split down the middle with 50 Democrats and 50 Republicans as a result. Vice President Kamala Harris will break any ties, giving Democrats control of the Senate.

Once Joe Biden is sworn in on January 20th, one of the first priorities of the Democrats is to boost the $600 stimulus checks in the most recent relief package to $2,000. Soon-to-be Senate Majority Leader Chuck Schumer said as much on Wednesday during a press briefing. Biden has also thrown his support behind the checks, telling a crowd in Atlanta on Tuesday that electing Ossoff and Warnock to the Senate “will put an end to the block in Washington on that $2,000 stimulus check.” But how exactly do Democrats plan to get the votes they need?

Whether or not Democrats have the 60 votes in the Senate that they need to pass $2,000 direct payments, Politico reported last October that the party was considering the use of a procedure called budget reconciliation that would allow them to pass legislation with a simple majority and bypass any attempts at a filibuster.

Now that Democrats have ensured their control of the Senate, reconciliation is an option, but there are limits to how often they can lean on this procedure. Therefore, as Business Insider suggests, Democrats might choose to add more provisions to the bill, such as increasing the unemployment benefits from $300 a month to $600 a month or extending those benefits beyond the current March 2021 expiration date. Providing at least 10 Republicans will support $2,000 checks, this might not be necessary, but it will certainly be on the table later this month.

In theory, budget reconciliation is meant to be used to lower the deficit, but as Business Insider notes, the procedure has previously allowed Democrats to pass the Affordable Care Act in 2010 and Republicans to permanently lower the corporate tax rate from 35% to 21% in 2017. Biden has promised to reach across the aisle and work together with the other party to get things done during his term, but early opposition to his legislative agenda will incentivize Democrats to use the tools at their disposal to deal with the pandemic and rehabilitate the economy.

There were a number of reasons that the two Democratic Senate candidates were able to win their respective races in Georgia, but Mitch McConnell’s repeated blocking of a vote on $2,000 checks certainly didn’t hurt. Democrats were able to run on a simple and popular campaign promise. Now they have to follow through.