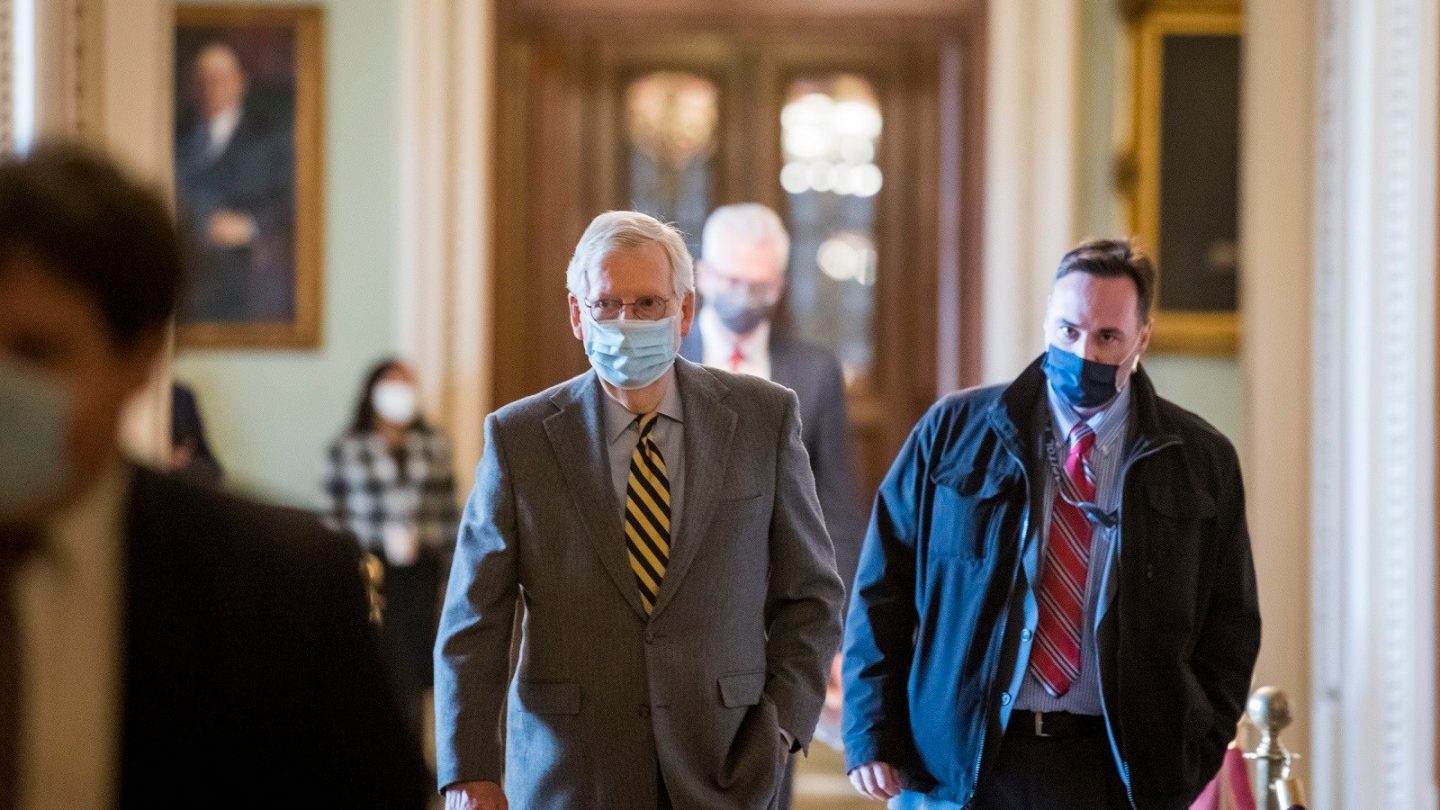 For the third day in a row, Senate Majority Leader Mitch McConnell continued to block a quick vote on increasing the $600 stimulus checks in the relief package that President Trump signed over the weekend to $2,000. Senate Minority Leader Chuck Schumer has been trying to hold a vote on the Caring for Americans with Supplemental Help (CASH) Act ever since the House passed the bill on Monday, but McConnell has repeatedly objected.

McConnell’s latest line of attack is calling the $2,000 stimulus checks (initially suggested by the Republican President Donald Trump) “socialism for rich people,” because they aren’t targeted to those who have been hit the hardest by the pandemic. He also introduced a competing bill this week that ties the $2,000 checks to repealing Section 230 liability protections for the internet and establishing a committee to investigate voter fraud.

“This crisis has not affected everyone equally,” McConnell said on the Senate floor. “The data show that many upper middle-class Americans have kept their jobs, worked remotely, and remain totally financially comfortable. On the other hand, some of our fellow citizens have had their entire existences turned upside-down and continue to suffer terribly. We do not need to let the Speaker of the House do socialism for rich people in order to help those who need help.”

Barring a late, aggressive push from the president to get the $2,000 checks out, it’s all but inevitable that McConnell will continue to block the bill until the 116th Congress ends on January 3rd, 2021. Nevertheless, Sen. Schumer (D-NY) has continued to push McConnell to allow a vote on the bill every day this week.

“Let me make this offer to the Republican majority,” Schumer remarked Thursday. “We’re willing to vote on the other issues that President Trump mentioned. All the issues the Republican leader says must be addressed, so long as we vote on them separately. If Leader McConnell wants a vote on these issues, we’re here for it. Just give us a vote on the House-passed bill and we can vote on whatever right-wing conspiracy theory you’d like.”

Sen. Bernie Sanders (I-VT) took the floor right after Schumer to move for a vote, but McConnell objected once again. Sanders then called the additions in McConnell’s bill a “poison pill designed to kill that legislation.”

Meanwhile, McConnell has been trying to schedule a vote to override President Trump’s veto of the National Defense Authorization Act, but Sanders has drawn out the process as he demands McConnell allow the Senate to vote on the stimulus checks. As it stands, the Senate will vote to end debate on the NDAA veto override this Friday, which would open the door to a final vote on Saturday. McConnell was more than happy to stay through the weekend in order to shut down any chance of $2,000 stimulus checks even getting a vote in the Senate.