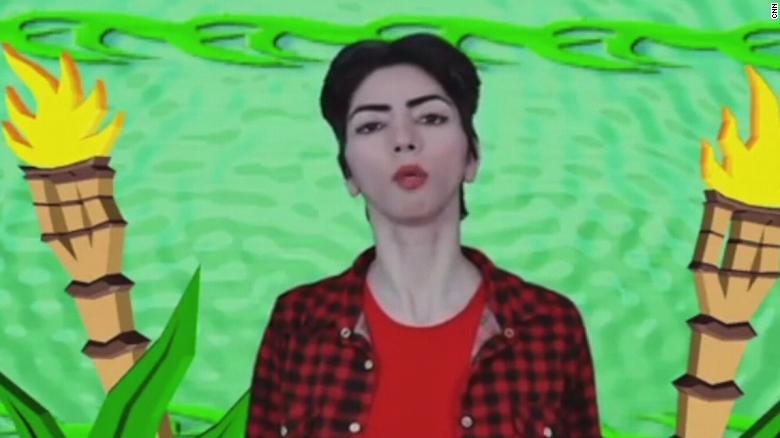 The shooter who wounded three people at YouTube headquarters Tuesday afternoon has been identified as San Diego resident Nasim Aghdam, police have confirmed. Although it was initially reported that Aghdam attacked the office due to a “workplace or domestic” dispute, her relatives have now come forward to say that Aghdam “hated” YouTube and was “angry” after her videos were recently demonetized by the platform.

“At this time there is no evidence that the shooter knew the victims of this shooting or that individuals were specifically targeted,” San Bruno police said late Tuesday.

Aghdam’s YouTube, Instagram, and website have been taken down following the attacks, but content uploaded in the last two weeks backs up her father’s report that she was angry at the online video platform. The Mercury News viewed some videos before they were pulled down:

On Jan. 28, Aghdam recorded a video of herself lamenting her perceived “discrimination” by YouTube, particularly railing on how YouTube determined her ab workout video was too racy and, therefore, filtered it.

“I’m being discriminated and filtered on YouTube and I’m not the only one,” the video begins, as Aghdam, wearing a black, white and orange long-sleeved shirt and short jet black hair stands in front of a background of green and white stars. “They age restricted my ab workout video. A video that has nothing bad in it. Nothing sexual.”

YouTube tightened its advertising policy late last year after ads from mainstream brands were found running next to extremist or sexualized content, and brands started pulling ads from the platform. The company will “demonetize” any video that might be non-friendly to YouTube’s advertising partners, but the system is still in its infancy, and numerous YouTube creators have slammed the way YouTube selects videos for demonetization.

Aghdam’s family became worried over the weekend after she stopped answering her phone. The family called police to report a missing person, her brother told CNN, and Aghdam was found sleeping in her car by police in Mountain View, California, early Tuesday morning.

Aghdam’s brother said he told authorities that “she went all the way from San Diego, so she might do something,” once he realized Mountain View is where YouTube is headquartered. It’s unclear whether that message was passed on to police.

“Our officers made contact with the woman after the license plate of her vehicle matched that of a missing person out of Southern California,” a spokesperson for Mountain View police told the LA Times. “The woman confirmed her identity to us and answered subsequent questions.”