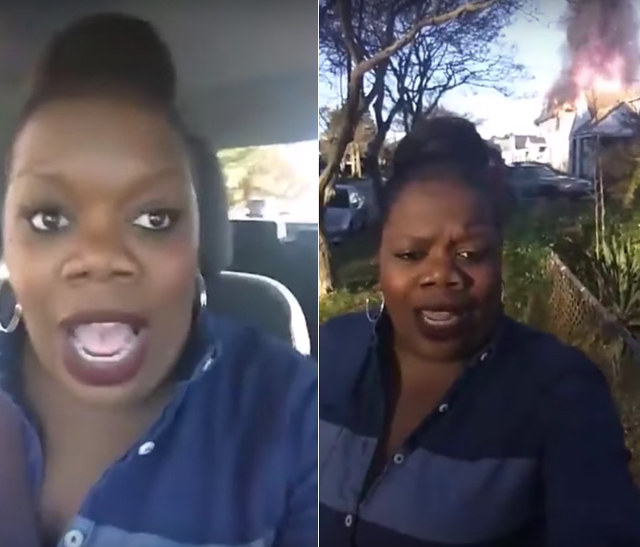 Local news is, objectively speaking, dying. The shift away from broadcast TV to online media outlets, which are almost exclusively national, make it challenging for a local newspaper or TV station to stay afloat.

Luckily, one brave and enterprising woman is making it her job to get you the news you need, when you need it, and no journalistic standards or norms are going to get in her way.

“Volunteer reporter” Rhoda Young hails from Norfolk, Virginia. She turned up at the scene of a local house fire, which is where the fun begins. She hosted a full 54-minute video of the fire, starting with her dramatic arrival on the scene, and ending (spoilers!) with the arrest of the homeowner, who was watching his house burn while sipping a PBR.

STATter911 edited together this five-minute compilation video, which gives you most of the highlights of her breathless reporting with the fewest possible side effects. You still get the majesty of a house being ENGORGED with flames through a Thankful fall filter, but miss a lot of the standing around that accompanies local news reporting.