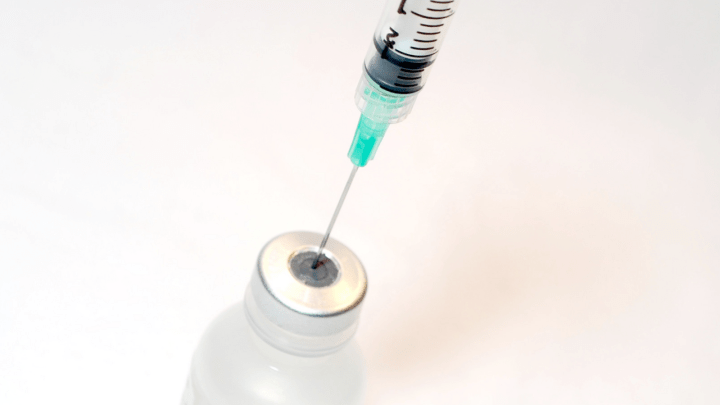 The debate over child vaccinations shows no signs of slowing down, and despite no actual scientific proof that vaccinating a child predisposes them to anything but a healthier life, there’s still a small but vocal group of parents who don’t think their kids should have to be vaccinated. Now, one Michigan mother is headed to jail due to her refusal to vaccinate, having already lost the battle in court.

Rebecca Bredow was ordered to have her son vaccinated by a judge after listening to arguments from her ex-husband, who supports the vaccination. She refused to comply, citing religious beliefs, and will now be taking up residence in a Michigan jail for failing to follow the judge’s orders.

“I’m a passionate mother who cares deeply about my children, their health and their well-being,” Bredow reportedly told the judge. “If my child was forced to be vaccinated, I couldn’t bring myself to do it.”

Photo of Rebecca Bredow being escorted out of court in handcuffs. Sentenced to 7 days in jail for contempt pic.twitter.com/HJHtse169y

Judge Karen McDonald was having none of it. “I understand you love your children,” McDonald told Bredow. “But what I don’t think you understand is that your son has two parents, and dad gets a say.”

The couple’s son is now in the custody of his father, James Horne, who has been ordered by the judge to have the vaccination performed, and intends to follow through with it. Bredow will serve a total of seven days in jail for her refusal to follow the court order. The judge also added that Bredow’s attorney signed the order for vaccination, indicating the Bredow had agreed to it, but then failed to actually follow through having the vaccinations completed.

It’s worth noting that Michigan is one of the minority of states that allows parents to refuse vaccinations on religious grounds. However, because the child’s father supported the vaccination, the case ended up in front of the judge.