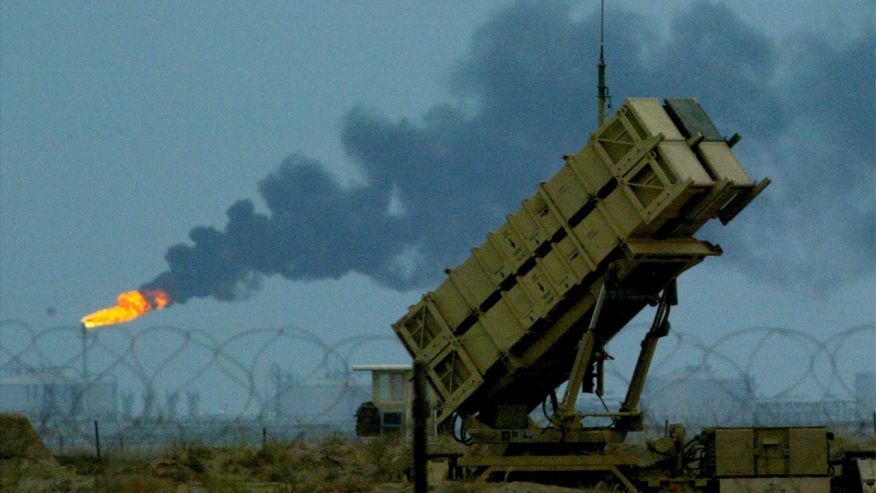 A Patriot missile, which can cost up to $3 million, was used to shoot down a small quadcopter drone worth a few hundred dollars, according to a U.S. general.

Earlier this week Gen. David Perkins told the Association of the United States Army’s Global Force symposium in Huntsville, Ala. that the strike against an Unmanned Aerial System, or drone, was made by a U.S. ally.

“A very close ally of ours was dealing with a adversary that was using the small quadcopter UASes and they shot it down with a Patriot missile,” he said. “Now, that worked, they got it … that quadcopter that cost $200 from Amazon.com did not stand a chance against a Patriot.”

Perkins questioned the economics of taking down a small drone with a weapon costing millions of dollars. “I am not sure that it is a good economic exchange ratio, in fact, if I am the enemy, I am thinking ‘I am just going to go on eBay and buy as many of these $300 quadcopters that I can and expend all these Patriot missiles’.”

The general did not say where the strike took place or which ally was involved.

During his presentation, Gen. Perkins explained that there are more cost effective methods to tackle the threats posed by small quadcopter drones. “There’s ways to get at this with electronic warfare, with cyber,” he said.

Islamic State jihadists have modified commercial drones to carry 40 mm rifle grenades. Iraqi troops engaged in the battle for Mosul have been using rifles and machine guns to shoot the drones down.

“It is an increasing problem for technologically advanced Western militaries – having to use missiles costing hundreds of thousands or even millions of dollars to combat improvised weaponry such as commercial quadcopter drones and basic rockets,” he explained, via email. “Western militaries have an urgent requirement for more cost effective ways to deal with improvised weaponry used by armed groups or else they will continue to be forced to spend thousands of times what their opponents do in order to continue to operate in the modern battlefield environment.”

Drones pose an ongoing challenge for the military, as well as law enforcement. In an attempt to tackle the drone threat, the U.S. Air Force recently placed an order for net-filled shotgun shells designed to take down the Unmanned Aerial Vehicles (UAVs).