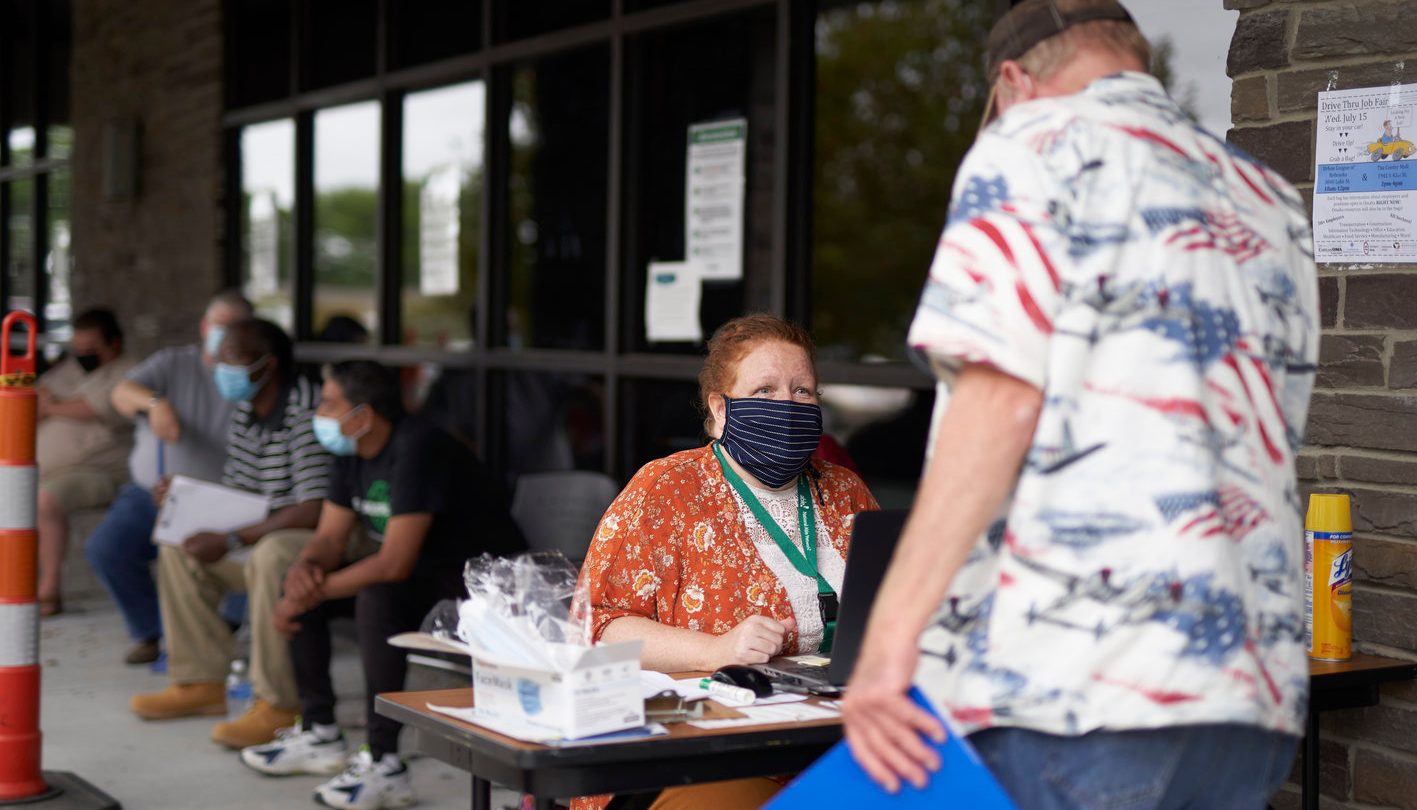 Because of a stipulation in the way benefits are paid out, the extra $600/week in unemployment aid that was included in the $2.2 trillion relief package Congress passed back in March as a result of the coronavirus pandemic will actually end in advance of its July 31 expiration.

The benefits are only provided for weeks that end on either a Saturday or Sunday. Because July 31 this year, the expiration date for the $600 bump in weekly benefits, is a Friday, that means this week is actually the final week millions of jobless Americans will receive this aid — meaning that a major stimulus benefit is set to evaporate in a matter of days, and leading many people to worry this will throw the US into even deeper negative financial straits.

Why? Well, for starters, the loss of $600/week means some $2,400 will disappear from a person’s monthly income, which is money they won’t be putting back into the economy. That’s less money spent at businesses, hurting employers and employees, and adding even more pain to the already vicious cycle eating away at the economy.

“These emergency unemployment benefits have been propping up families and propping up the economy now for several months,” Kali Grant, a senior policy analyst at the Georgetown Center on Poverty & Inequality, told CNN. “Ending the benefits prematurely will really set back any economic recovery that may have been on the way.”

The news outlet went on to note that this is precisely the worst time for the $600 bump to go away, which comes as some states are pausing their economic reopenings and may even be poised to shut everything down again.

The tens of millions of unemployed Americans affected by this news will still get state unemployment benefits. But, again, losing the extra $600/week cuts those peoples’ income by $2,400 a month. And while this comes as congressional leaders are set to dive into talks on a new stimulus bill this week, starting today, it’s all but certain they won’t get their work done in time — even if they manage to agree on and finalize a new package in a matter of days, which would be record time — in order to stop any payment interruptions for the jobless.

For some context around the financial pain that could be just around the corner once this benefit goes away, consider this: According to mortgage data company Black Knight, 4.3 million homeowners missed a mortgage payment in May, which was the highest that number has been since 2011.

The Century Foundation senior fellow Andrew Stettner, says that the $600 bump provides 25 million Americans with a collective $15 billion a week — money that most of them are using for basics like food and rent.