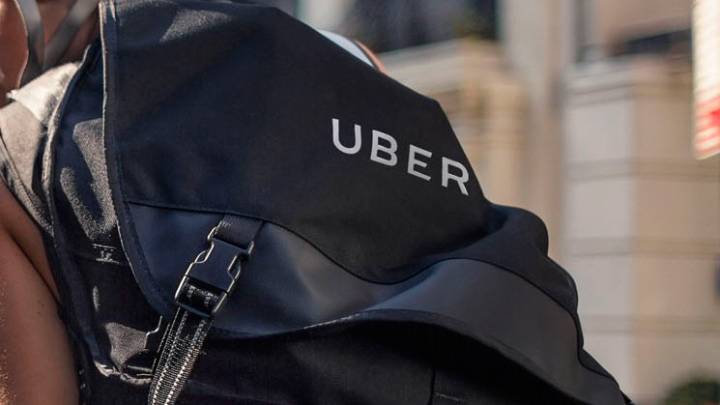 Bloomberg has an in-depth feature looking at the world of Uber as it grows into Latin America. It’s an interesting look at what it takes to grow a US company into a very different market, albeit a look based entirely on the testimony of Uber mangers.

But apart from the business interest, it also features one very scary photograph: Uber drones holding placards over a highway in Mexico City as an advert for the multi-billion-dollar ridesharing future. Welcome to your future, techies.

Uber is using drones to advertise in Mexico as the startup plans to double its presence in Latin America by 2018 https://t.co/64czhkHkMH pic.twitter.com/hMX3DXHHMn

As the article points out, a lot of Uber’s crazy-high valuation rides on its ability to be the number-one ridesharing company worldwide, not just in the US. With Uber out of China, that makes conquering Latin American a big deal. Apparently, a big enough deal to use drones for advertising.

Apart from the Bloomberg image of the drone billboards — which, to be honest, I had to look at a few times to check it wasn’t a viral stunt for a dystopian sci-fi thriller — there seems to be very little written about Uber’s drone advertising. It’s unclear if this is just a one-off stunt, or an ongoing advertising campaign. Either way, it’s kinda scary — fleets of drones flying through the sky — and just a little invasive.

Most sci-fi thrillers that depict a world overrun by advertising seem to go for personalized billboards, or an augmented reality where everything is branded. those technologies are a long way off, but Uber’s march towards world domination doesn’t seem to want to wait.

Uber did not immediately respond to a request for comment.