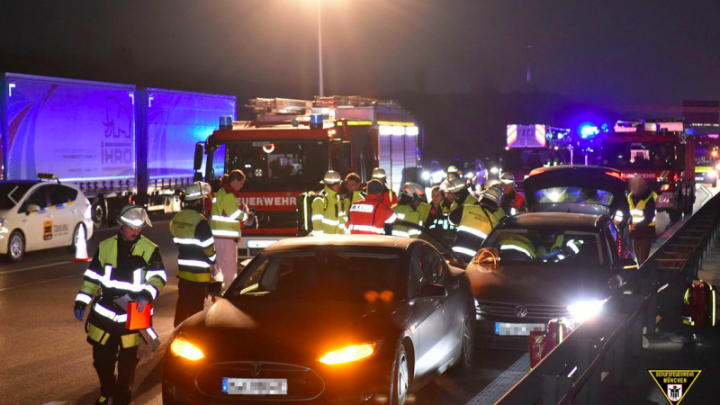 On a highway in Munich, Germany, a Tesla owner recently sacrificed his car to rescue another driver having a stroke. According to Muenchner Merkur, the Tesla driver saw a VW Passat swerving erratically, hitting the guardrail several times. On closer inspection, he noticed that the driver appeared to be unconcious. So, the Tesla driver maouvered his car in front and slowed down gradually, forcing a gentle collision and bringing both cars to a halt.

The fire driver was able to extract the driver successfully, and German media reports that he was likely suffering a stroke. According to newspaper reports, the combined damages for both vehicles were minor — bumper damage to the Tesla and the Passat — but totalled around $10,000.

Tesla CEO Elon Musk has since said that Tesla is covering all repair costs in recognition of the heroism:

In appreciation, Tesla is providing all repair costs free of charge and expedited. https://t.co/D68HNJcCoQ

It’s a rare, unvarnished act of heroism from the Tesla driver to put his own safety (and car!) on the line to try and save a stranger. It’s also a good answer to the occasional question about why Tesla drivers are still able to override the car’s safety mechanisms when necessary. If the car was programmed to always use its sensors to avoid collisions, the Tesla driver wouldn’t have been able to pull off the stunt.