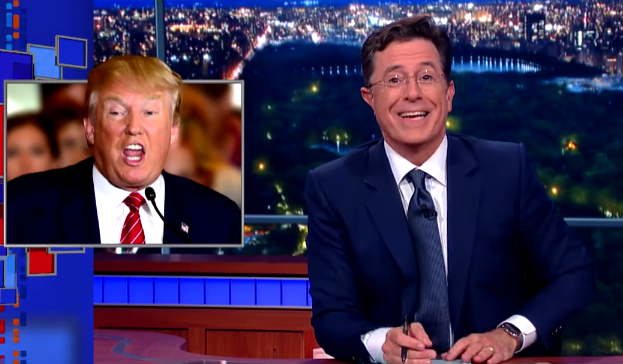 Against all logic and reason, the horrifying steamroller that is Donald Trump’s candidacy continues to chug along. Trump’s proposals grow more and more outlandish with each passing week, his claims seem more and more uneducated, and his complete disregard for facts grows more tiring. But many across the country are eating it up and to be fair, the alternatives aren’t much more promising right now.

While many of Trump’s critics have yet to find anything redeeming about Trump’s candidacy, popular late night TV host Stephen Colbert says there actually is one good thing about Trump.

Trump’s bid to be America’s next president has supplied late night talk show hosts like Stephen Colbert with an endless supply of fodder for jokes. It’s almost as though Hollywood couldn’t have thought up a more ridiculous candidate for president. But in an interview with CBS News’ John Dickerson earlier this week, Colbert admitted that there is one good thing about Trump’s candidacy, and he actually makes a pretty decent point.

We won’t spoil it for you — the relevant part of the interview is embedded below.