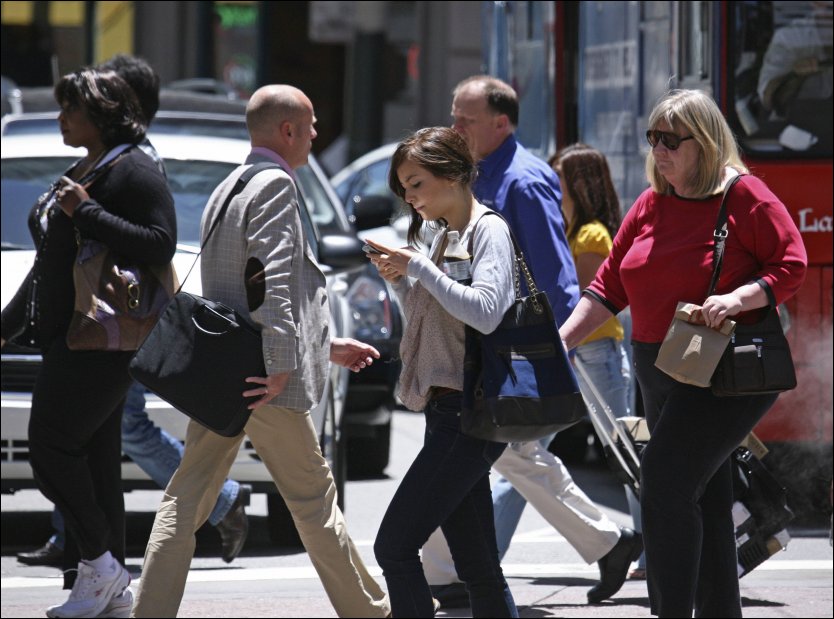 These days, many smartphone users have become accustomed to walking down the street, completely oblivious to the people and environment around them. Of course, it’s hard to notice cars zooming by when your eyes are permanently fixated on the smartphone in front of you.

The harsh reality is that our addiction to smartphones can sometimes be dangerous, if not downright tragic. Over the past few years, there have been an increasing number of smartphone toting pedestrians who have either come close to getting hit or who have fatally been hit by cars while lost in the hazy glow of their smartphone.

DON’T MISS: Apple’s iPhone 7 ‘Pro’ design might not be a mystery anymore

To help address this problem, one enterprising German city has decided to embark on an interesting experiment: city officials in Augsburg, Germany recently decided to embed traffic signals onto sidewalks, thus enabling pedestrians to get a gauge for traffic flow without having to look up from their devices.

I mean, who has time to look up when there are texts to be sent, emails to be read and snapchat stories to view?

Interestingly enough, reports indicate that the embedded lights remain visible from many meters away, prompting some to say that the experiment will also prove helpful for city cyclists.

“It creates a whole new level of attention,” city spokeswoman Stephanie Lermen was quoted as saying. Lermen thinks the money is wisely spent: A recent survey conducted in several European cities, including Berlin, found that almost 20 percent of pedestrians were distracted by their smartphones. Younger people are most likely to risk their safety for a quick look at their Facebook profiles or WhatsApp messages, the survey found.

Is this overkill? Perhaps. But there’s no denying that distracted walking (admittedly a ridiculous term) can have tragic consequences. To this point, the Post draws our attention to a 2012 study which found that nearly 33% of pedestrians observed at high-risk intersections “performed a distracting activity while crossing.”

Welcome to the future.