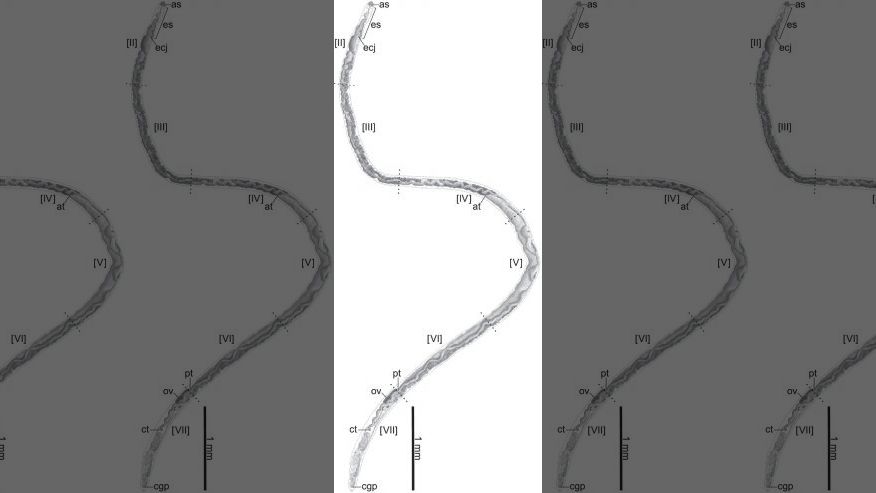 A flatworm that infects freshwater turtles in Malaysia has been given a presidential name: Baracktrema obamai.

The newly-discovered worm, or blood fluke, inhabits the lungs of turtles that live in three Malaysian states, according a study describing the new species that waspublished in the Journal of Parasitology in August. (Flukes are part of the flatworms phylum, in terms of taxonomy.)

The study explains that the fluke’s name was inspired by a distant relative of one of the scientists.

“The new genus and species is named in honor of Barack Obama, 44th president of the United States of America, and 5th cousin, twice removed, of [Thomas R. Platt],” the study states.

Platt is of the coauthors of the journal article.

The researchers made the discovery by purchasing the turtles from trappers in 2008, according to the study. Then, after killing them, Platt necropsied the turtles and preserved the blood flukes.

Stephen Bullard, an associate professor of parasitology at Auburn University, and one of the coauthors of the study, said in an email to FoxNews.com that “it is an honor to have an organism named after you.”

Bullard said that since scientific names are permanent and part of the record, and also because of “common decency,” it isn’t recommended that scientists name new species in an insulting or mocking way.

Because the worm represents both a new genus and a new species, Bullard said that it is a “double honor” to have both taxonomic levels named for the president.

Baracktrema refers to a new genus, and obamai is the species name.

“As species similar to B. obamai are discovered and described, they too will be classified under the genus Baracktrema,” he added.