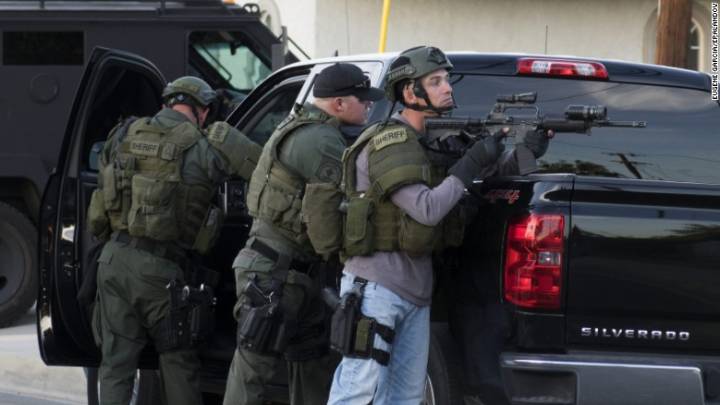 A spokeswoman for the FBI told Reuters on Thursday that three new warrants have been served in Corona and Ontario, California in relation to the mass shooting that occurred in San Bernardino last December.

First reported by the Press-Enterprise out of Riverside, the warrant in Corona was served to Syed Raheel Farook, the brother of Syed Rizwan Farook, who opened fire on the Inland Regional Center with his wife, Tashfeen Malik, killing 14 people.

Laura Eimiller, the FBI spokeswoman, was able to confirm that warrants had been issued, but said that the U.S. Attorney’s office would provide more details later in the day. Reuters was not able to reach the U.S. Attorney for a comment.

ABC News reports that a federal grand jury in California’s Central District issued a five-count indictment on Wednesday against Farook as well as Mariya Chernykh of Ontario, California and her sister Tatiana Farook of Corona.

Syed and Tatania are both accused of taking part in the conspiracy. If they are convicted, they could spend up to five years in jail. Mariya, on the other hand, is the wife of Enrique Marquez, a friend of Syed Rizwan Farook and his wife who has been accused of providing weapons and other items to the couple. If she is convicted of the charges leveled against her, she could face 25 years in prison.

“Last year’s tragedy in San Bernardino showed yet again how our nation’s legal immigration system can be subverted and exploited,” Joseph Macias, the head of Homeland Security Investigations in Los Angeles, said in a statement.