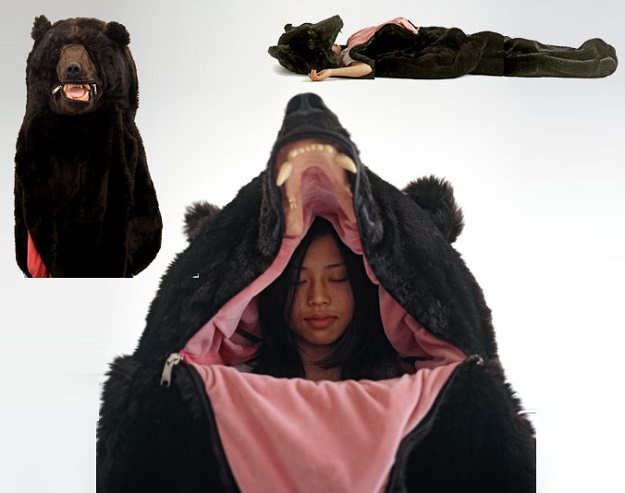 Winter is coming, and the last thing anyone wants or needs is to look like an idiot with nothing more than an old, boring and functional sleeping bag. If you’ve been looking to step up your sleeping bag game (and seriously, who isn’t?) we’ve got just the thing for you.

Behold: A sleeping bag crafted to look just like a real life bear. Believe it or not, this “Great Sleeping Bear” sleeping bag is gaining a whole lot of traction on social media, if only for the sheer ridiculousness of the design and the shockingly high price-tag that accompanies it. You might think that a quirky product like this would come cheap, but this bad boy costs an insane $2,350. It is, after all, handmade.

DON’T MISS: How to get 2GB of free data from Verizon right now

Designed by a Dutch artist named Eiko Ishizaw, the full-sized sleeping bag was “inspired by a bear from Bavaria that caused a ruckus within the town in 2006 who was eventually hunted down.” As a result, Eiko decided to create the sleeping bag “as sort of an ode to the bear.”

The product description reads in part:

So sure, your fellow campers might be envious, but we’re not so sure that dressing up as a bear out in the wilderness is the wisest of ideas with hunters and, perhaps, amorous bears out on the prowl.

More photos of the bear can be seen below.