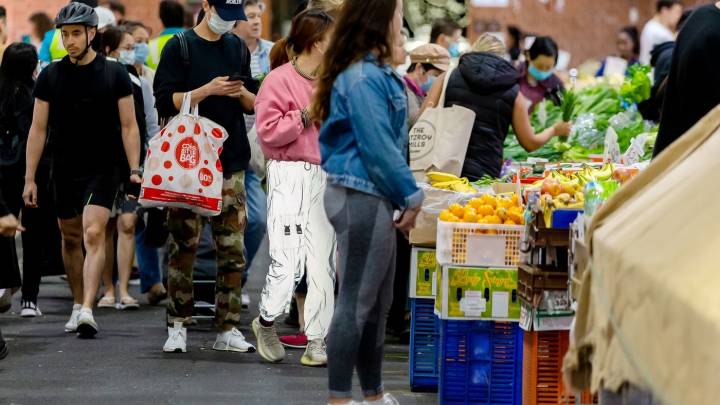 I was wondering when we were going to reach this point in the coronavirus pandemic, and now it seems the moment may be at hand.

Stay-at-home orders were never going to be a perfect long-term solution to getting the coronavirus crisis under control, partly because they were never about “solving” the problem. They were, instead, simply a draconian failsafe that allows the nation’s healthcare system to buy time — to keep it from being swamped with cases of people suffering from the COVID-19 virus. That is an incredibly vital benefit the stay-at-home behaviors have provided, though it’s also come at a significant cost. Businesses have likewise temporarily shuttered, leading to historic levels of joblessness around the country. And the longer this goes on, the more some people seem to be taking a fatalistic view of it all, abiding by the stay-at-home mandates less and less, according to a new study from researchers tracking smartphone data.

Researchers at the University of Maryland have been analyzing peoples’ movements using anonymized location data from phones and vehicles, according to the school. Lei Zhang, lead researcher and director of the Maryland Transportation Institute at the University of Maryland, told The Washington Post that this data, which is admittedly imperfect, is a “consistent way” to measure how many people are out and about right now — data that those researchers are sharing with epidemiologists and government officials tracking the spread of the coronavirus.

What this study found is a slight drop in nationwide stay-at-home behavior starting the week of April 13. “We saw something we hoped wasn’t happening, but it’s there,” Zhang told the newspaper. “It seems collectively we’re getting a little tired. It looks like people are loosening up on their own to travel more.”

That’s worrisome, at least to public health officials, because it’s got many of them afraid that so-called “quarantine fatigue” could be setting in and potentially threatening to undo the work of the previous month or so. For a rather extreme example of what this looks like in practice, here’s a photo that a flight attendant shared over the weekend of what looked to be a pretty full airplane flight — with some people even visible in the crowded cabin not wearing masks:

ENOUGH! This was TODAY on a four hour flight. This is not okay. Masks must be mandated by DOT/HHS in airports and on airplanes. Essential travel only, with proper PPE. #COVID19 #StopTheSpread pic.twitter.com/TzwJyVRBoD

The Post’s assessment of this shift in people’s behavior speculates that we may be reaching the limits of what the public is willing to tolerate for the greater good, now that the US is experiencing its first pandemic in a century.

Because the Maryland researchers are using anonymized data, it’s hard to tell what purposes are behind the gradual increase in travel and movement that they’re seeing. However, researchers did tell the newspaper they’re not surprised that this shift occurred during the week of April 13 — the same week that protestors and President Trump began to be more publicly vocal about challenging stay-at-home orders, with Trump even tweeting his support to “liberate” states from such mandates.