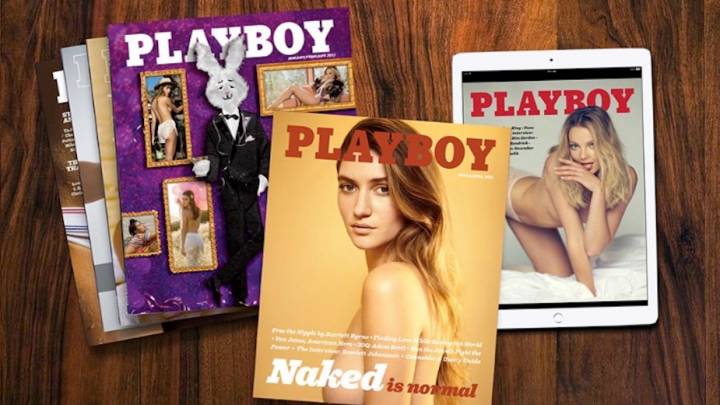 Last year, Playboy decided to stop doing what made it great in the first place: it stopped publishing nude photos and instead focused on other ways of attracting readers. That experiment is now over, however, and Playboy will return to the soft-porn roots you expect from Hugh Hefner’s magazine.

Was that a smart decision? It certainly was daring for Playboy to go nude-free for a year. But now the magazine will once again start doing what it does best, putting naked women front and center.

Chief creative officer Cooper Hefner thinks the magazine should have never banned nudity, suggesting it hasn’t been good for business at all.

“I’ll be the first to admit that the way in which the magazine portrayed nudity was dated, but removing it entirely was a mistake,” Hefner’s son said on Twitter. “Nudity was never the problem because nudity isn’t a problem. Today we’re taking our identity back and reclaiming who we are.”

Playboy’s first issue without nudes came out last February, The Washington Post says, but they’re set to return in this year’s March/April issue. Playmate Elizabeth Elam will be the one to bring nudes back to Hefner’s magazine.

In addition to Twitter, Hefner also penned an explanation on Playboy’s site. He said Playboy’s decision to embrace nudity again is partly rooted in the current political and cultural climate.

“But after so much progress,” Hefner said, listing the election of a “mixed-race president,” the approval of same-sex marriage, the legalization of marijuana, and the nomination of a woman by a major political party. “Our hard-won victories are in peril. Just as the social and political pendulum had swung in liberals’ favor, as history has shown time after time, the pendulum swings back.”

Apparently, nudes symbolize freedom for both old and young Hefner, and that’s how Playboy will continue to tenaciously fight “for civil liberties and freedom of expression,” especially in the current climate.

Speaking of political context and the modern world, maybe Playboy’s next move should be to change its name to Playperson and feature nudes of men right next to nudes of women. Perhaps in 2018. For now, Playboy will only remove “Entertainment for Men” from the cover.