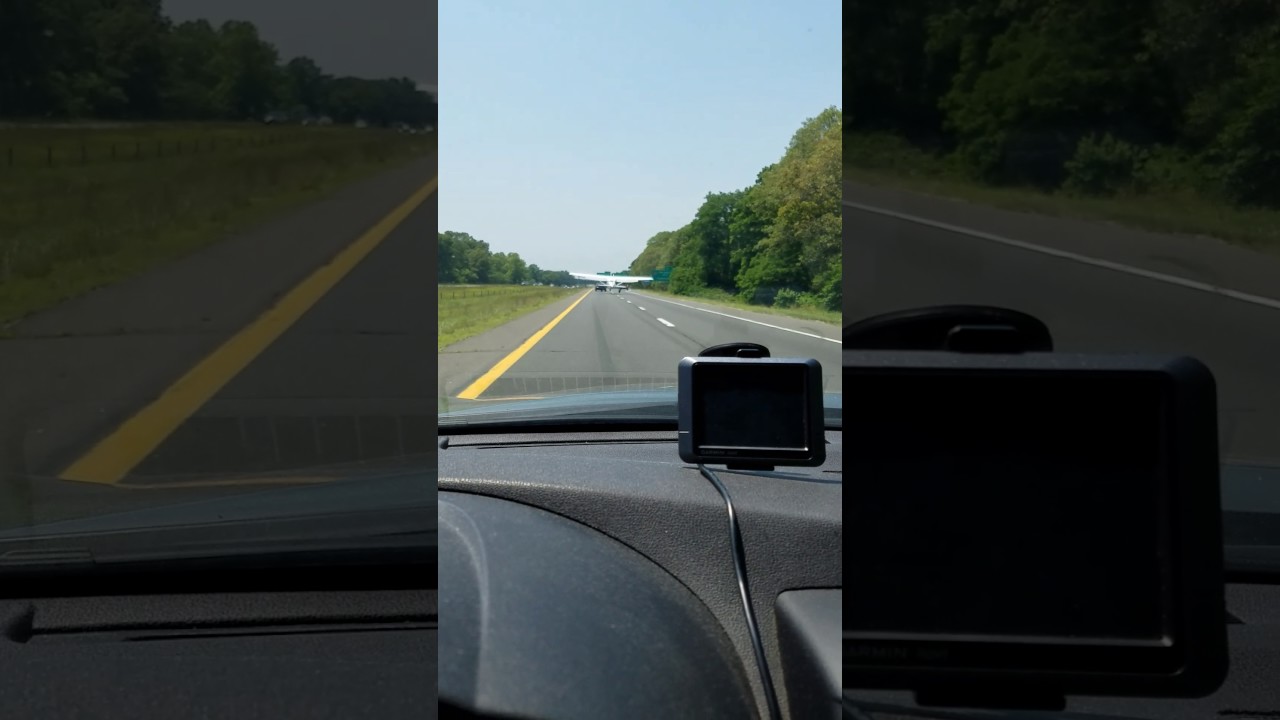 A video has emerged of a Cessna light aircraft landing on the Sunrise Highway in Yaphank, Long Island. A plane landing on a highway isn’t unheard of, but the impressive thing here is how perfectly the pilot manages to merge with traffic and avoid the overhead gantries.

The plane had taken off from an airport in Long Island, and was making its way to New Jersey when it made a “precautionary landing” on the highway, the Federal Aviation Administration said.

In the video, you can see the plane — a Cessna C206, a popular light six-seat aircraft — touch down perfectly in the left lane, ducking under an overhead gantry and hitting the gap between two cars seamlessly. It moves over to the right lane without indicating, and comes to a stop on the grassy shoulder just as a police car pulls in behind. I’m not sure how or if you can get a ticket for speeding with an aircraft on a highway, but I’m sure the cop had a fun conversation.

The pilot, Jim O’Donnell, told ABC7 News that he had “no choice” but to land on the highway, due to some kind of emergency. The pilot was the only person in the plane at the time, and no injuries were reported. In fact, O’Donnell said that there was no damage at all to the plane — just a few bruised egos, and presumably quite a serious towing bill.