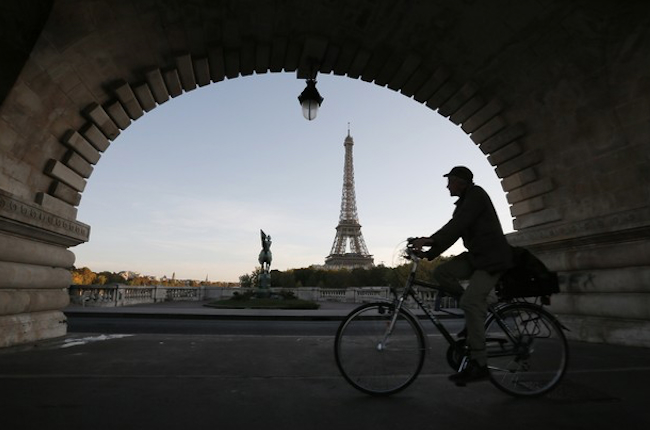 Biking can be an incredibly fun and healthy way to get around, unless the crowded city you live in isn’t really conducive to bicycles. That’s currently the case in Paris, but the crowded city is fixing its biking problem. Specifically, local authorities have committed to creating some 28 miles of bike-only roads and Paris has just inaugurated the first stretch of its cycling super highway.

It’s too early to get excited about the project, as the first part of the bike highway measures just half a mile and there’s plenty of work to be done. The bike road runs alongside the Bassin de l’Arsenal, Wired reports, and it’s part of the Reseau Express Velo (REVe in short – which means “dream” in French).

The entire 28-mile network of bike highways should be completed by 2020, making the city an even more attractive proposition for tourists and locals alike. Imagine biking your way around the amazing tourist attractions, or simply commuting to work in the morning without having to worry about all the traffic.

To make it all happen, Paris will spend some $164.5 million.

In addition to a network of car-free bike lanes, other bike-friendly rules have been put in place. Bikers will be able to turn without waiting for the green light at every intersection, and will have access to two-way bike lanes even on one-way streets. Furthermore, the local government is looking to double the number of bike lanes from 435 to 870 in the coming years, and to further increase safety for cyclists who share the same road with motorized vehicles.

In addition to focusing on safety for cyclists and their overall experience on the road, Parisian authorities also hope these new biking policies will contribute to making Paris a greener city in the coming years by reducing car traffic and the pollution it produces. According to a 2014 study, biking only accounted for 5% of Paris’s daily travel that year. That’s some 225,000 trips per day, compared to 15.5 million car trips per day in 2012. The city hopes to triple daily bike trips by 2020.

Other cities should steal some of these ideas. Until then, if you’re visiting Paris this year and you’re looking for bike trails, remember to check the REVe stretch at the Bassin de l’Arsenal. And if you’re really passionate about biking, you should visit Copenhagen and Amsterdam, where biking accounts for 55% and 43% of daily traffic, respectively.