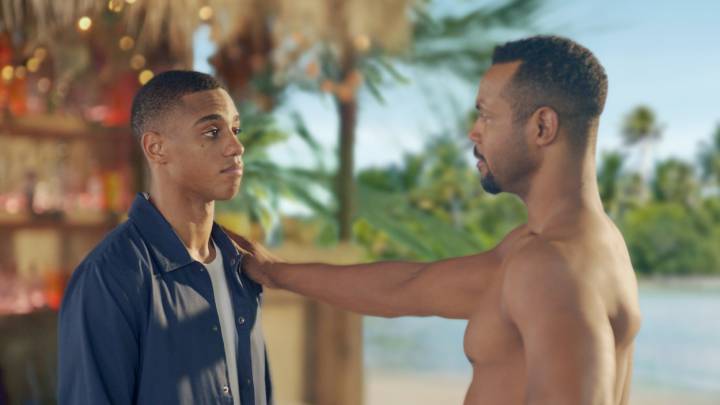 One of the byproducts of the fragmentation of the television landscape, such that we’re all now streaming and not so much tied to the increasingly outdated requirements of “appointment TV,” is that we’re all not watching the same things at the same time anymore. While something like Game of Thrones became such a phenomenon because we all experienced it together from week to week, Hulu or Netflix add a new season of a hit show and it’s just … there. Some of you will finish it all at once, some of you over a series of weekends. Moreover, if you’re on Hulu’s ad-free plan, your binge session won’t be interrupted by commercials — which is one more consequence of the changing TV industry. We’re all less likely to see commercials these days, especially those that used to go viral and make us all aware of them whether we realized it or not.

One of those was certainly the classic Smell Like a Man, Man campaign from Old Spice (the one with the iconic 2010 ad that starts with the Old Spice Guy saying “Hello ladies,” and which has more than 57 million YouTube views as of the time of this writing). To mark the campaign’s 10th anniversary, Old Spice is bringing it back — only, for a reboot of sorts. This time Old Spice Guy is now Old Spice dad, embarrassing his son while also encouraging him to smell amazing.

The new Smell Like Your Own Man, Man campaign kicks off today and introduces Old Spice’s new Ultra Smooth grooming lineup. Keith Powers stars as the son in this new campaign, which also brings back actor Isaiah Mustafa, the familiar face from the original campaign who helped Old Spice spawn what many have regarded as the first viral ad of the modern age.

That original spot went on to rack up more than 105 million views online to-date and even earned the antiperspirant and deodorant brand an Emmy Award in 2010.

In the new campaign, developed by Wieden + Kennedy (Portland), Mustafa tries to share some wisdom with his son, played by Powers (who dismisses his dad’s product recommendations in favor of Old Spice’s new Ultra Smooth product line). You can check out the new TV spots above, and they’ll be rolling out across digital, social and TV platforms starting today. Old Spice is also teasing an appearance by the Old Spice Guy during the upcoming Super Bowl broadcast.