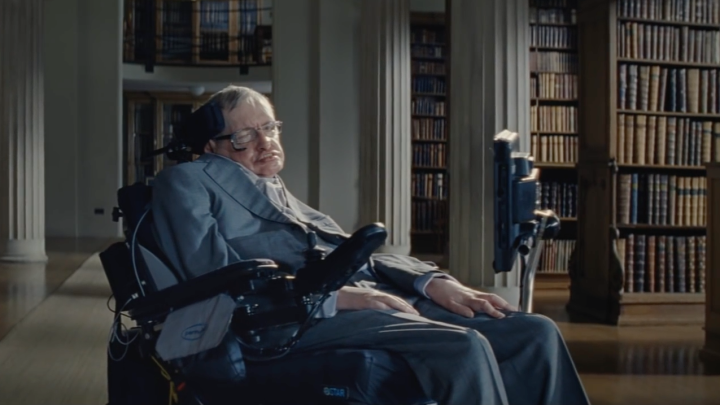 Stephen Hawking is, by all accounts, a genius. The 74-year-old physicist and author has more awards and honors than you have hairs on your head, and he’s go something to say about you spending nights with your butt on the couch, covered in Cheeto dust and potato chip crumbs.

In a new public service spot, the professor addresses the ongoing obesity crisis that plagues the planet. “Humanity faces a major challenge and millions of lives are in danger,” Hawking begins. “As a cosmologist, I see the world as a whole and I am here to address one of the most serious public health problems of the 21st century.”

MUST SEE: This brilliant device adds a second display to your iPhone

Hawking goes on to note that a shocking number of people die from conditions related to a sedentary lifestyle and poor diet. “We eat too much, and move too little,” he says. He also offers the solution, which we all already know is true: “More physical activity and a change in diet.”

It’s a message we’ve all heard before, and even Hawking quips that “It’s not rocket science.” Still, the message carries a certain weight when it’s coming from a man who has spent much of his life confined to a wheelchair, without the ability to engage in physical activity even if he wanted to. “How being sedentary has become a major health problem is beyond my understanding,” he says.

Hawking, who suffers from ALS and has been gradually losing limb function for decades, teamed up with Swedish nonprofit Gen-Pep for the spot. It closes with a reminder that adults need a minimum of 30 minutes of real physical activity per day, and children need a full 60 minutes.