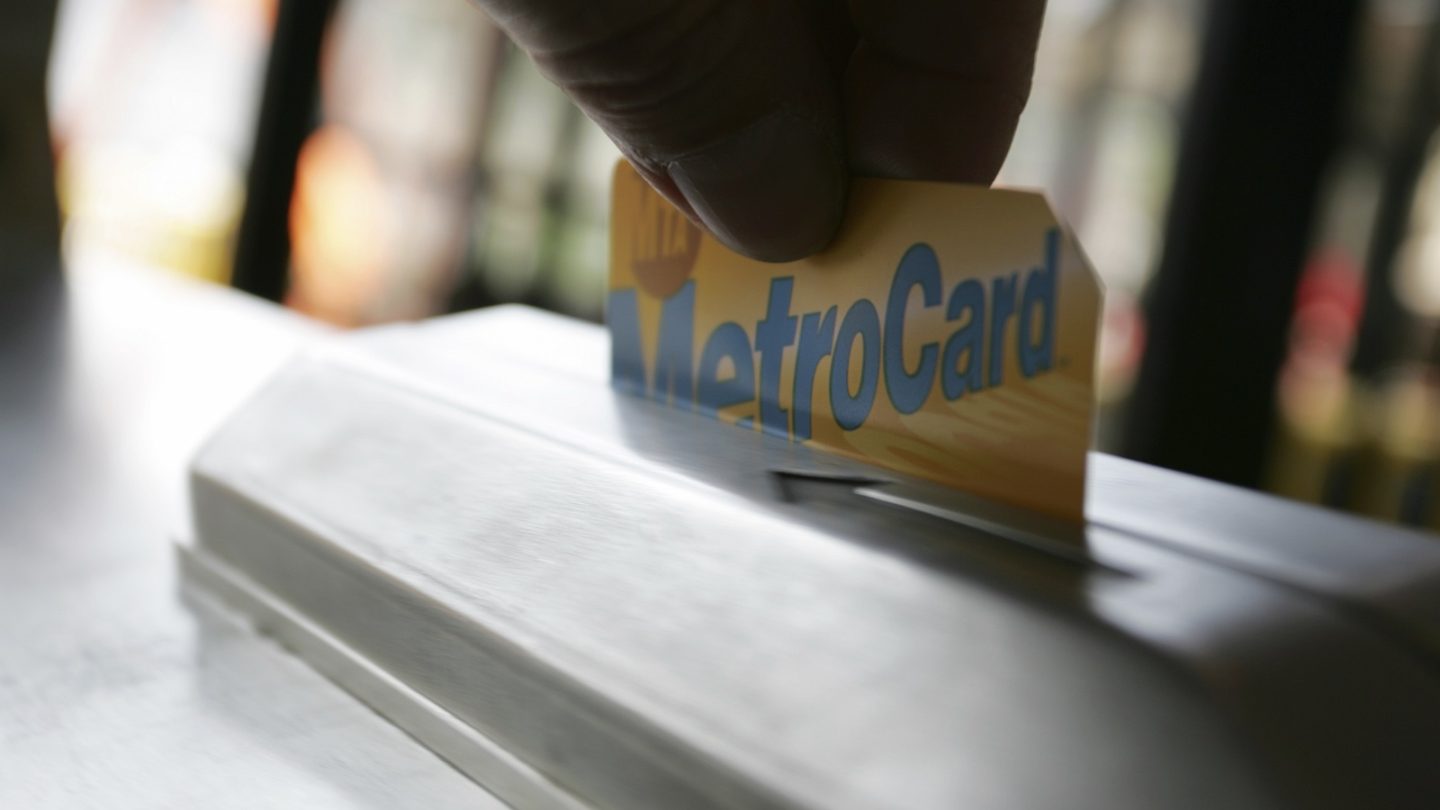 Today is the beginning of the end for the dreaded MetroCard. On Monday, The New York Times reported that an MTA committee approved a contract for a more modern system that will replace the MetroCard turnstiles in the months and years to come. The new electronic readers — which will be compatible with contactless debit and credit cards as well as smartphones — will be installed on 500 subway turnstiles and in 600 buses starting in late 2018.

By the end of 2020, the new system should reach every subway station and bus in New York City, but MetroCards will stick around for a bit longer. The MTA doesn’t plan to phase out the MetroCard system altogether until 2023, at which point the swiping of yellow cards will be a distant memory for New Yorkers.

Cubic Transportation Systems won the bid for the $573 million contract. You can see a demonstration of what the future payment system will look like in action in a tweet from Cubic that was shared over a year ago:

This is happening. This is now! #transportation #transit #mobilepayments #Mobilepay https://t.co/W7KOe0qLvd pic.twitter.com/fePvylF5P4

As the NYT article explains, the new system will work with chip cards (credit and debit cards which use the EMV standard) and smartphone payment apps such as Apple Pay, Samsung Pay and Android Pay. Along with eliminating the need for the slow, line-inducing MetroCard vending machines, the new electronic system will also put an end to the embarrassing phenomenon of missing a card swipe and slamming into a locked turnstile.

The NYC fare payment system is being designed by the same group that built a similar system in London. Although the London Underground charges based on distance, MTA chairman Joseph J. Lhota says that there are no plans to change the payment structure in NYC, where a single subway or bus ride costs $2.75.