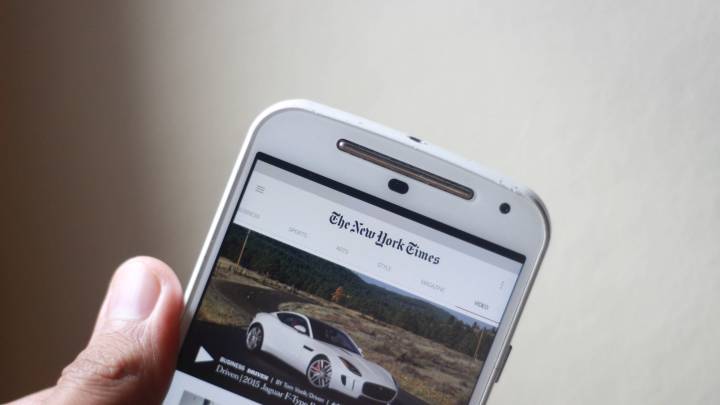 As we inch closer to election day, it’s become nearly impossible to keep up with all of the reports and revelations and surprises that have turned this into a much closer race than it was in the middle of October. Thankfully, The New York Times is going to make it easier than ever to stay informed by offering everyone unlimited access to NYTimes.com before, during and after the election.

From 12:01 a.m. ET on Monday, November 7 until 11:59 p.m. ET on Wednesday, November 9, anyone will be able to access NYTimes.com in full, regardless of whether or not they have a subscription. That’s 72 of free access.

“This is an important moment for our country,” said Arthur Sulzberger, Jr., publisher of The New York Times, in a press release on Thursday. “Independent journalism is crucial to democracy and I believe there is no better time to show readers the type of original journalism The New York Times creates every day.”

Along with all of the written coverage that will appear on the site in those 72 hours, NYT will also be streaming live on election night starting at 4:30PM ET on its Facebook page. Plus, the newspaper’s The Run-Up election podcast will host a call-in show on election day “in which Times politics reporters will answer questions from listeners.”

While The New York Times may or may not be your preferred news source, it’s a smart and savvy gesture for the paper to drop the paywall on election day, both to lure in potential subscribers and to help keep the public informed.