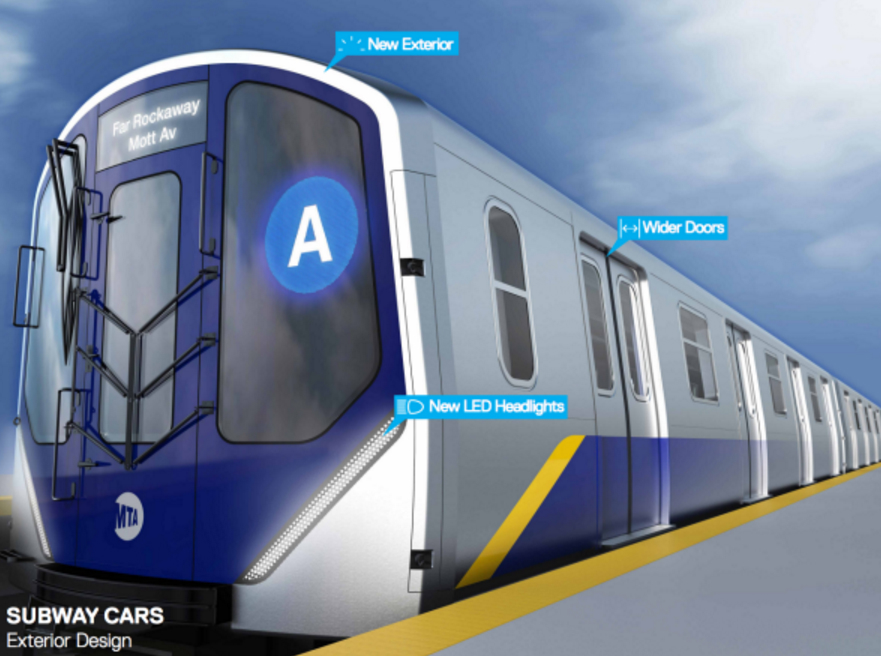 New York City’s subway system is probably one of the best in the world, but it’s in desperate need of a makeover. Luckily for New Yorkers who rely on the subway for their daily commutes, the city is ready to upgrade the system over the next five years. The city is ordering over 1,000 cars with advanced features intended to help deal with the increase in volume, and it’s renovating more than 30 stations across the five boroughs. The subway makeover is part of the MTA’s $27 billion development plan, and should be completed by 2020 at the latest.

The announcement came from Gov. Andrew M. Cuomo on Monday, The New York Times reports, and work has already started.

The MTA will start asking for bids this week for the construction of 1,025 new subway cars. Of those, up to 750 cars will include open passageways that would increase overall capacity by 10% – that’s a huge increase from the initial plans to build just 10 such cars.

Other features intended to ease the experience of commuters include bigger doors – up from 50 inches to 58 inches – that should shorten the time a subway car spends in a station by a third, and improve access to the cars. Finally, flip seats should create extra space during peak commuting times.

As for the station repairs themselves, the MTA will renovate 31 terminals by 2020, which means some of them will be shut down for up to six months at a time for repairs. The new stations will feature better maps, service announcements, USB ports, countdown clocks and finishes that are easier to clean.

The MTA will issue the first requests for proposals to start renovations in three stations in Brooklyn, including Prospect Avenue, 53rd Street and Bay Ridge Avenue.

Many of the features the MTA plans to introduce to the New York subway may seem exciting to New Yorkers, but they are already available in other developed countries. “This is an example of New York catching up with the rest of the developed world,” executive director of the advocacy group Riders Alliance John Raskin told the Times regarding the upcoming changes. He also reminded readers that the government had been “underinvesting in mass transit for decades.”