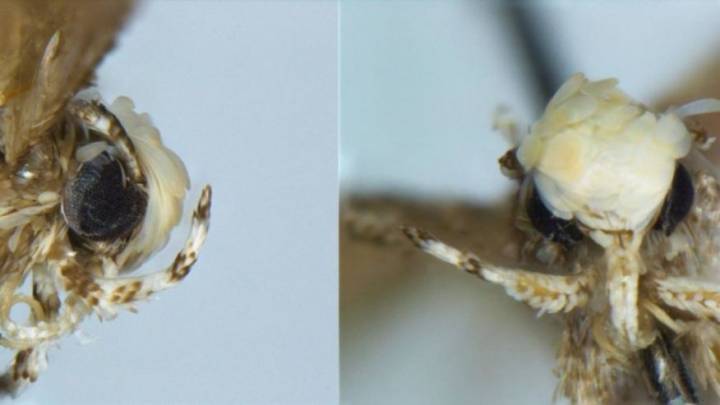 With a mop of yellow-white scales on its little head, a newly-identified species of moth has been named for Donald Trump— a move that its discoverer hopes will highlight the importance of conservation.

The new moths are native to both California and, somewhat ironically, Mexico. Some of the specimens first came from a museum at the University of California, Davis, and eventually, through DNA testing and other analysis, Vazrick Nazari, the evolutionary biologist who made the discovery, realized it was a new species. Its name? Neopalpa donaldtrumpi.

“The reason for this choice of name is to bring wider public attention to the need to continue protecting fragile habitats in the US that still contain many undescribed species,” Nazari wrote in the journal ZooKeys describing the new critter, whose head scales reminded the scientist of Trump’s distinctive hair.

Nazari also hopes that the discovery, and its name, highlight the importance of discovering new species of even the microfauna— the smallest creatures—  that inhabit North America.

Trump will be sworn in as president on Friday. His predecessor, Barack Obama, has had both a fish and a flatworm named for him.