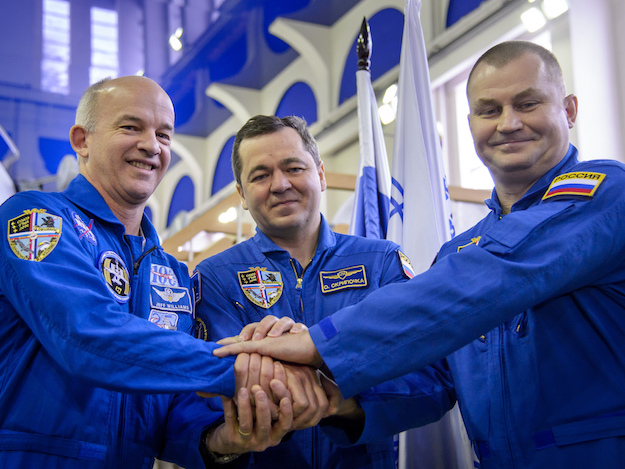 The next journey to the International Space Station is just hours away.

NASA announced last week that it would provide live coverage of an upcoming rocket launch to the International Space Station. NASA astronaut Jeff Williams will join cosmonauts Alexey Ovchinin and Oleg Skripochka of the Russian space agency Roscosmos as they lift off from the Baikonur Cosmodrome in Kazakhstan in a Soyuz spacecraft on Friday, March 18th.

The crew will reach the ISS six hours after launch, at which point the Soyuz will dock to the station’s Poisk module. NASA will also provide coverage of the docking, which is expected to begin at 10:30 p.m. tonight.

At 12:55 a.m. ET, the hatches will open, at which point Commander Tim Kopra and flight engineers Yuri Malenchenko and Tim Peake will meet up with the three new crew members. Live coverage of the hatch opening will begin at 12:30 a.m.

During this six-month mission, NASA says that Williams will surpass Commander Scott Kelly and become the new American record holder for cumulative time spent in space at 534 days. Kelly ended his own one-year mission on March 1st, with Williams scheduled to take over the station for Expedition 48 on June 4th.

Here’s the stream where you can watch all the live coverage: